Angels After an Accident 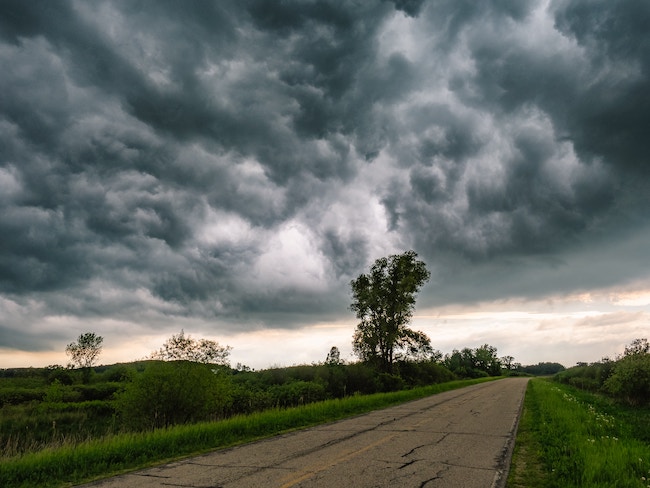 When Sister KarenJo Pandone read “Downtown Angels” a few weeks back, it reminded her of a time when God sent “angels” to her in a moment of great need.

Some years ago, there was a special meeting in Muncey, and I drove my mom, Sister Rose Milantoni, up for the weekend. It was a beautiful two days spent with the saints. Driving home on Sunday, there was a light rain during the afternoon.

Entering the Windsor city limit, I tapped on the brakes of my mom’s small Honda Civic, disengaging the cruise control as we approached a curve in the road. Suddenly, the car went into a spin, hit a cement embankment, spun around several more times (crossing all three lanes) and finally stopped next to the center guardrail, facing oncoming traffic head-on.

The airbags deployed, and mom’s seat belt tightened so that she couldn’t breathe. Several people who had seen the accident came over to help us. Someone called for an ambulance, and a kind woman allowed me to use her phone to call my husband, Michael, to let him know what had happened.

By this time, the ambulance had arrived, and the paramedics had put mom onto a stretcher to take her to the nearest hospital. As they were raising the stretcher, with my mom laying on it facing the oncoming traffic, Brother Dwayne and Sister Elaine Jordan, from the Tse Bonito Branch, were driving past and recognized mom.

As I raised my head from saying my short prayer, my eyes looked directly into Brother Dwayne’s eyes. I completely broke down.

Only the Lord could’ve put their car in that position at that moment and made mom’s face clear enough for them to recognize. At that moment, I knew everything was in the Lord’s hands and would be all right.

Within an hour, Michael had reached Brothers Alex Gentile and Dino DiMelis, along with their families, on their way home from Muncey. They all went to the hospital. Not only did the Lord answer my prayer by sending an elder, He sent three!

What a blessing to know that even when we aren’t eloquent in our prayers, even to the point of demanding (I’m ashamed to say), He hears our cries and provides for our every need.

After that, every time I saw Brother Dwayne or Sister Elaine Jordan, we would greet each other with a special bond. When I heard that Brother Dwayne had passed away, I once again thanked the Lord for sending him that day when I asked for an elder while in panic mode. As far as I was concerned, the Lord sent His angels that day in the form of the saints.

Praying in a Panic

As much as we always want to enjoy God’s peace, there are times when we panic. We’re only human, after all. Does today’s testimony remind you of a time when you reached the end of your rope—and then reached out to the Lord? We’d love to hear about how God came through for you in a moment of extreme need. Remember, your story is for God’s glory. Click here to share.

Today's Miracle Monday is from Sister Terri Nath, and it happened long ago right around this time of year. On a November night 38 years ago, I was on my way home from Christmas shopping. I was driving along the river road, which is dark with no berm along the side...