What’s Everyone Else Doing? 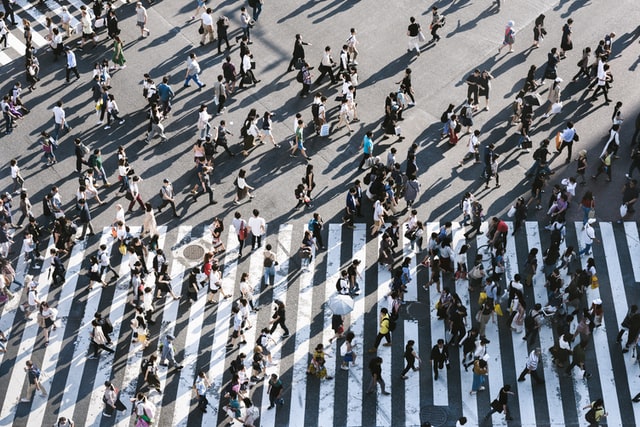 If you’ve ever gone out to a restaurant with a group of people, perhaps you’ve encountered this scenario. Dinner is over, the table has been cleared, and the server comes and asks if anyone wants dessert. The truth is — of course you want dessert! The cheesecake is really good here. But you don’t want to be the only one getting dessert.

So, you ask — what’s everyone else doing? And, invariably, everyone else at the table shakes their head — they’re either too full or too health-conscious or also not wanting to be the only one getting dessert. So, you also shake your head — Dessert? Oh no, not for me.

The above is a simple example of making a decision based on what everyone else is doing. In this particular example, it’s no big deal — hey, you can probably do without the extra calories anyway — but what about decisions of greater magnitude?

For example: When you were growing up, did you have friends who experimented with drugs? If so, especially if many of them were using, there would have been a real temptation to join in, even recognizing that going down that path could well lead to an early death. It’s in situations like these that it’s so important to recognize which path is the right way and which is the wrong way and then stick to the right way regardless of what everyone else is doing.

The same concept applies to decisions of a spiritual nature.

There was a time in your life when you were engaged in activities that are defined as sinful by the Word of God. Your friends at the time were either doing the same things as you or at least supporting you that what you were doing was OK. Based on that, if you went by what everyone else was doing or saying, you would have made no change in your life.

Instead, you made the decision to switch paths in life — you were baptized and began your walk with Christ. You left the path where everyone seemed to be and joined a path with very few people. Praise God for this because that path with everyone on it leads to eternal destruction, and the path you joined leads to eternal life.

Jesus puts it this way in the Sermon on the Mount:

Yes, each of us should feel extremely blessed to be among the few that have found the path that leads to eternal life. Now, the challenge for each of us is stay on that path.

On the surface, it may seem hard to understand why anyone who has found this wonderful path would depart from it. Well, it does happen, and it often begins with being influenced by what everyone else — people not on the path — are doing.

Slipping back into sinful ways is one way it can happen. And how does it often start? By others making such activities look attractive or fun. Or saying that there’s nothing wrong with it or that everyone is doing it. Recognize this for what it is — a temptation for you to leave the path. You’re on the right path — stick with it no matter what everyone else is doing.

Another way that has gained traction in recent years is society branding followers of Christ as hateful people or bigots or other uncomplimentary names. Now, on the one hand, sticks and stones may break my bones, but names will never hurt me. But on the other hand, people who we know and love believe what society is saying and may not think kindly of us if we stand up for the teachings in the Word of God. Be careful about compromising on the Word of God to satisfy other people, no matter who they are. Clinging to the Word of God is what keeps us on the path!

A vivid depiction of the above can be found in Lehi’s dream in 1 Nephi 8.

In this dream, the followers of Christ are walking on a straight and narrow path (such as the one described above), holding onto a rod of iron, which represents the Word of God. Those who cling to the rod of iron stay on the path, but when they encounter temptations from the devil (represented by a mist of darkness), many let go of the rod of iron and they then wander off the path and are lost.

As the people move farther along the path, they encounter a great and spacious building, filled with people who seem to be having a great time. The people in this building are mocking the people on the path, resulting in many of them becoming ashamed and leaving the path to join in with the large number of people in the building.

At the end of the dream, Lehi describes how the multitude in the building “did point the finger of scorn at me and those that were partaking of the fruit also; but we heeded them not” (1 Nephi 8:33). In other words, these few people refused to be influenced by what everyone else was doing. They knew they were on the right path and they would not depart from it.
We should do likewise. We are blessed to be among the few who have found the narrow path. What’s everyone else doing? Who cares? Heed them not! You’re on the right path — stick with it no matter what everyone else is doing.