Today we’re bringing you a story from Sister Adel Connor-Smith that features a heaven-sent messenger.

A few years ago, I began to develop a severe pain in my right foot between my ankle and heel. It got increasingly worse over time until it became unbearable. I was taking pain medication and scheduled an appointment to see a doctor. But my first thought was to go to God in prayer, which I did, asking my brothers and sisters to remember me in their prayers also. I was anointed twice, but the pain kept getting worse.

My prayers got more and more persistent, but nothing changed.

Then, one day I was about to walk out of a neighborhood grocery store and the pain became so unbearable that I could hardly walk. A young man, who seemed to appear out of nowhere, came up to me and asked if I was in pain. I said yes, and he asked if he could pray for me. Normally, I would be very suspicious and probably say no, but something inside of me said to let him do it. So, I said yes.

He asked me where I was experiencing the pain and what was wrong. I told him. He asked me to remove the brace, and then he bent down and began praying. While he was praying, I felt a burning sensation in that area. Then, he got up and said thank you, then I said thank you, and he walked toward the store. I looked away for a minute, and he was gone.

Afterwards, I began to put the brace back on and realized the pain was gone, and I suddenly knew that man was sent by God as an answer to prayer.

After that day, I never experienced pain like that again. (Even though I did find out I had something wrong, the severe pain never returned.) God is truly good!

Did today’s article remind you of your own answered prayer? We’d love to share it on Miracle Monday so that the church can rejoice in what God did for you. Here’s where you can send in your story. 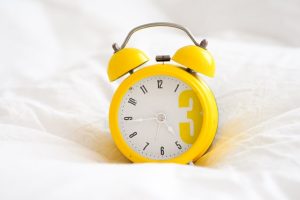 I Had Only a Few More Hours to Live

We're excited to share an amazing healing that comes from the pages of the Church history book. Over the years, the saints have been given many remarkable experiences that have provided an ever-expanding view of the glory and majesty of God. One outstanding example...