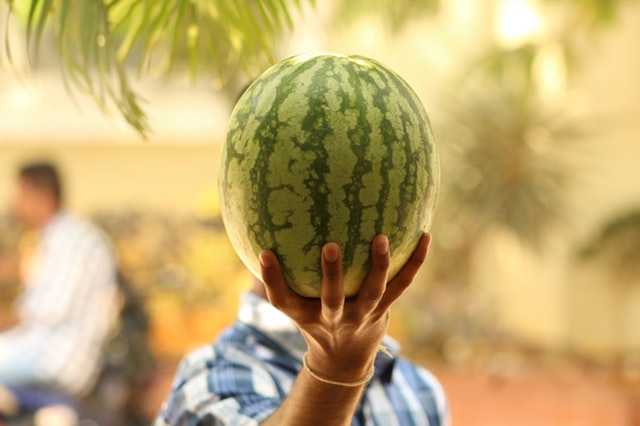 If winter weather is getting you down, today’s experience from Sister Marie McGuire will take you back to summertime.

During the summer of 1963, I was downstairs doing laundry, and my son Mickey began to question me about something that was on his mind. He said, “Mom, in Church we are taught that God created the heavens and all living things on earth. Then He created man in His own image. In school, we are taught about a big bang creation theory. We are taught the theory of evolution of man from the apes. How do I know which creation story is true? If I put God’s creation on the test in school, then I get it wrong. I just want to know what is the real truth.”

I told him about Joseph Smith and how he was faced with the dilemma of not knowing which church to join. I said that Joseph was reading in the Bible and his eyes fell upon James 1:5 “If any of you lacks wisdom, let him ask of God, who gives to all liberally and upbraideth not and it will be given to him.” I told him ask God just as Joseph did. “If you are sincere, He will answer you. Then you will know the truth and who to believe.”

Mickey then left me to do my laundry, and I prayed within my heart that he would get the answer to his question. I was just about through with switching the laundry and folding clothes when Mickey came back. It must’ve been only about 20 to 25 minutes later. His skin looked drained of blood, and he had a peculiar expression on his face. I said, “Mickey, what is the matter?” He proceeded to tell me what happened, as follows:

“I thought about what you said for a few moments as I was walking outside, so I found myself in the middle of our garden, and I decided to talk to God. Like you said Joseph Smith did. Only I was standing in the middle of the garden. I told God that we have a nice garden, and I offered to God anything He wanted in our garden. All I needed was His answer to my prayer. I told him we even had cantaloupe and watermelons. While I was offering anything in the garden to God, all of a sudden, I felt a hand on my shoulder and all the blood drained from my body. I had such a feeling as I never felt before. I knew I was by myself in the middle of a garden and my mother was in the basement. I turned and I didn’t see anything. I ran to the house.”

I said, “Mickey, I believe God touched you on the shoulder to let you know there is a God in heaven and He is here, too. He did not want you to go unanswered, just as Joseph Smith was searching and God answered his prayer in the grove.”

We did have a beautiful garden that year — the best we ever had. I believe God left us a sign as He left the rainbow after the rains. He took as an offering from Mickey the watermelons. The watermelons would grow to picking size, and when we would say, “I am going to pick that watermelon tomorrow,” the next day, we would go to pick it, and it would be shriveled up.

How Did God Answer Your Question?

Do you have a testimony where God answered a question that was on your mind? Tell us about it, and we’ll share it on the blog for a future Miracle Monday. Click here to send us your experience.