Overcome Anything With the Lord 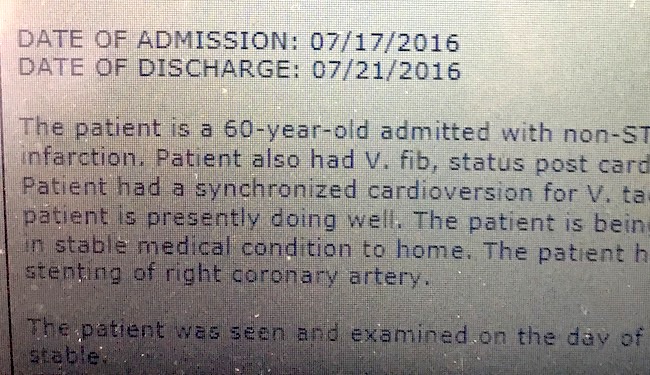 Today’s Miracle Monday is a testimony of healing from Sister Denise DiFalco-Dickson.

July 17, 2016 was a warm and sunshiny day, and my desire was to mow my lawn, but I did not feel well that early morning. I had severe heartburn and nausea, so I decided to lay down for a while and hopefully wake up later feeling much better.

I slept quite a few hours into the late evening. Once I awoke, I felt a strange feeling in my chest, like my heart was flipping, and I had the hot and cold sweats. I had to wrestle with myself over the notion of calling an ambulance. I did not want to call unnecessarily.

My husband had gone up north to our cabin for a few days. I really did not want to alarm him. I ultimately gave in and called for assistance. As soon as I got situated in the ambulance, the EMT said I was in cardiac arrest. Later, I was to find out that I flat-lined five or more times that night.

The cardiologist who had worked on bringing me back to life stated that he had witnessed a miracle and that there were a number of reasons that I should not have made it. The first being that He felt I should have been at the hospital earlier in the day and the number of times I flat-lined.

Ordinarily, individuals that flat-line that much end up with brain damage, but I am fine. I told him and anyone who would listen that I serve a God of miracles and that people all over America were praying for me. The Lord can overcome anything, and we have much to be grateful for.

“And ye shall eat in plenty, and be satisfied, and praise the name of the LORD your God, that hath dealt wondrously with you: and my people shall never be ashamed.” (Joel 2:26)

Have you ever found yourself in need of a healing — of body or mind — and God gave you one? We’d love to hear about it and praise God with you. Click here to share your story.