On a Train to the Bronx 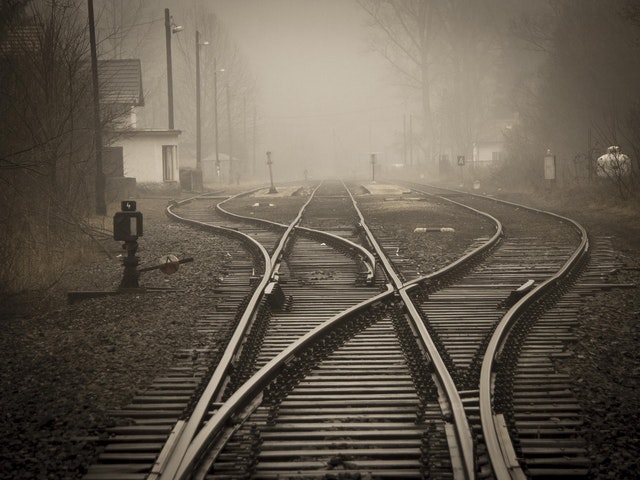 Today’s Miracle Monday is the testimony of Sister Marie McGuire, recorded in her own words (abridged slightly for length).

I shall relate to you my first major experience. It is as vivid in my mind as if it had occurred yesterday.

It was the summer of 1945 in Bronx, New York, and I was 16 years old. I traveled by train to Pennsylvania to spend a couple of weeks with the young people of the Church. When it was time for my vacation to end, I confirmed my train reservations to return back to Bronx. The young people accompanied me to the train station, and we said our goodbyes with tears streaming down our faces.

I boarded the train and started searching for my seat, and to my amazement, I saw a man sitting in my seat. He was a very pleasant looking person, dressed very neatly, but wearing old-fashioned burlap-type clothing. I was rather timid and shy of the old man, and I didn’t want to hurt his feelings, but as I got nearer, he motioned to me, moved over near the window, and patted my seat, indicating for me to sit down.

Various thoughts kept going through my mind as to who he was, why he was sitting in my seat, and what did he want, and why was he so gentle? A few moments after I sat down, he gently patted my right arm and spoke to me in a very soft voice. He told me he was sent here for a purpose, for me not to be afraid, and that he wouldn’t hurt me. He would tell me everything very shortly. He said that I was to do exactly as he says.

At first, I was a little frightened, but then, all of a sudden, the fear left me, and a blanket of calmness covered my body. I looked at him, and he gently smiled at me and patted my arm again. After what seemed like a few moments, he spoke gently to me again and said he was here on a mission. He continued to say that he would leave me for a little while, but he had some instructions for me to follow.

He then told me that the train I was on was going to crash and that there would be many people hurt. If I did what he told me, I would not get hurt, not even a scratch. My heart then started to pound, and I felt the blood racing through my veins. As though he knew how I was feeling at that moment, he assured me again that I had nothing to fear if I followed his instructions. He again repeated that I would not be hurt; he was there to protect me.

He said that he was going to leave and would go to the back of the car and that when he nodded to me I was to get up from my seat, go to the lavatory, wash my face, and make ready like I was going to sleep. He then got up and left the seat for the back of the car. I stood up and looked at him, and he nodded his head. I went to the lavatory, washed my hands and face, combed my hair, and returned to my seat.

I looked, and he was still standing against the back wall of the train with his arms folded. He gently nodded his head and smiled at me pleased. The train was moving slowly as it normally does upon departure from the station, but as its speed began to increase, I suddenly felt a terribly strong, forceful jolt, and then I heard a loud crashing sound. Looking all around me, I saw people knocked all around on the floor, and the people in the seats were crying, screaming, and moaning. I turned my head to the back of the car, and I saw the gentle man smiling. He nodded his head, and then he instantly disappeared.

After the crash, they removed all the injured people, and the rest of us were transferred to another train to continue to our destination. We learned later that the switch that changes the tracks did not function properly, and we had a head-on collision with another train pulling into the station.

The Lord sent His messenger to watch over me and protect me from being harmed in this crash.

Miracle Monday Themes Are Back!

We’re going to start back up with themed months for Miracle Monday. Our focus for April is dreams and visions. Have you had one that you’d like to praise God for? Perhaps God gave one to someone else on your behalf. Now’s the time to share! Click here to send your story online or email us at TCOJCblog[at]gmail.com.