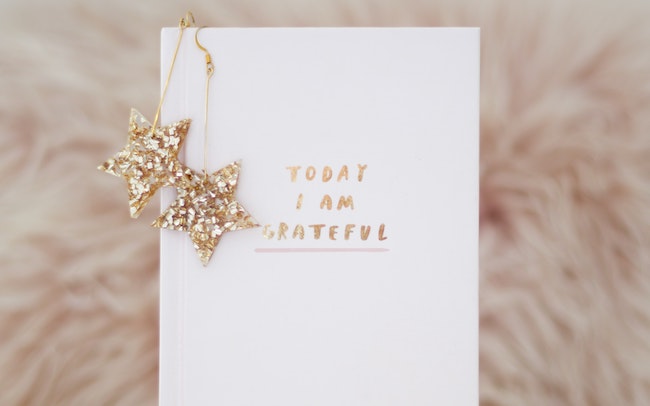 Today’s Miracle Monday is a story of God’s miraculous protection submitted by Sister Connie Rossi from the Charlotte Branch.

December 6, 2010 is a day that will forever be my Miracle Day. Ten days earlier, I was going through some file folders and placing them in hanging files when one of the hanging file ends stabbed my right pointer fingernail. It hurt but I thought nothing of it and figured it would get better over time. Over the next several days, I forgot about it since there were no after-effects and I assumed it healed. However, I could not have been more wrong, and December 6, 2010 changed my life forever.

At 4 a.m. that chilly day in December, I woke up to throbbing pain in my right pointer finger. It was still dark outside, so I couldn’t really see what was going on with it. I tried to reach over to turn on the lamp on my nightstand, but I quickly realized I had absolutely no energy in my body to even turn over. I had never felt so weak in my entire life. Being an early riser, Brother Darrell was already out of bed, so I couldn’t ask him to turn on the light. I tried to call out for him, but I couldn’t get a sound out of me either. I suddenly felt cold as ice, as if I was standing outside in zero-degree weather with no coat on. No energy, freezing, excruciating pain, and burning up with a fever at the same time — what is going on with me?

I lay there for several hours not being able to move when finally at 6:30 a.m., Brother Darrell came into the room to check on me since I was usually up by then. He called out to me, and when I didn’t answer he turned on the light. I pointed to my finger and, believe me, it was beet red and swollen to the size of a kielbasa. Panic struck and he asked me what happened, and I couldn’t answer him. He tried to get me out of bed to take me to the ER, but I couldn’t move a muscle, so he called an ambulance. The pain was so intense I was in and out of awareness.

I was rushed to the ER where they discovered there was an aggressive infection in my body. Long story short, I underwent emergency surgery that night. My surgeon, Dr. Falcon, explained there was a tiny splinter lodged under my fingernail, which apparently became infected and the infection spread throughout my body, becoming septic. He said if I didn’t come in at the very moment I did I would not have made it to the end of the day!

He removed the splinter and sent it to pathology, which revealed the infection was a highly aggressive form of staph known as a flesh eating disease. He said for me to be alive was nothing short of a miracle. But it wasn’t over yet. He informed me I had two options: continue antibiotic treatment and pray the infection goes away (which he felt was not very likely), or remove the tip of the finger down to the middle knuckle to make sure all the infection was removed and did not spread. Needless to say, surgery was scheduled for the following day.

Dr. Falcon told me that he removed the infection, which went down to the bone of the finger. I needed to come back for more surgery for a skin graft on the finger because he had to remove all the skin, tissue, and some bone in order to clean out all the infection. He was going to take some skin from my thigh to place over that area. There was no other option, so I went back for this surgery.

When Dr. Falcon unwrapped the bandages to check my finger, his eyes widened and he said, “Oh, my!” I thought for sure there was more infection and I was going to lose my whole arm! The doctor said that what he was seeing was medically impossible! My body was starting to form its own skin over the area that was going to need the skin graft! There was a thin, weblike skin formation bridging the two open sides of my finger. He wrapped it with a new bandage and told me to go home. I did not need the skin graft.

Dr. Falcon said this was one for the medical books and could not explain it, only that it was another miracle. God blessed me with a Christian doctor through this ordeal, and Dr. Falcon did nothing but praise God and give Him all the glory and credit for all that happened. So, you see, I was blessed with three miracles:

1. God spared my life that day when the infection became septic. 2. The infection did not spread past the knuckle of the finger. 3. My body formed its own skin so I did not need the skin graft. Oh, let’s make that four miracles — it should’ve taken at least 6 months for the skin to close, and it took only two months! Now, almost 10 years later, I am still here with no ill-effects and praising my God.

Not only did God give me my miracles, He also gave me many opportunities to give my testimony when people ask, “What happened to your finger?” There have been countless times when I’ve been asked that question in the store, visiting other branches, and at social gatherings. I never hesitate to tell my story, and not once did I ever feel bitter or resentful. How could I feel anything but humility knowing God could have chosen to take me home that day? Instead, He gave me more time to continue to grow spiritually, be with my family and friends, and to forever praise His name and exalt my Lord and Savior, Jesus Christ. I know one thing for sure; when I do get called home to Paradise, I will have 10 complete fingers — not nine and a half.