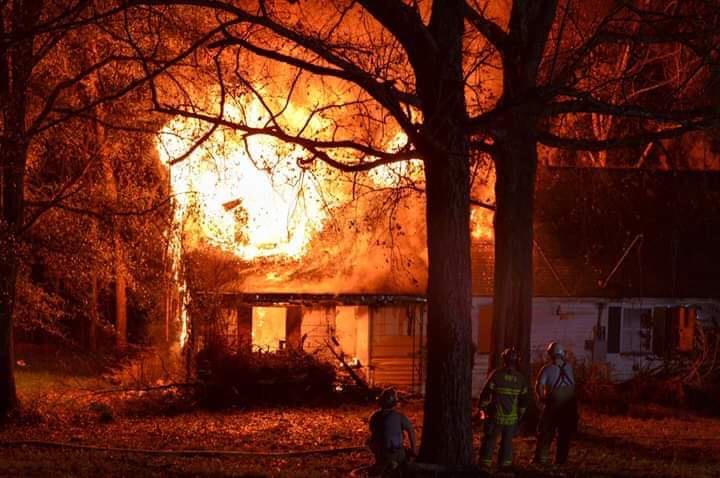 Today’s Miracle Monday is a hot one submitted by Brother Donny Perrello.

Here’s a miracle that happened to our son, Jayson, on March 28, 2019. Jayson lives in Alabama and works as a fire fighter/EMT, and God spared his life on this particular night, no doubt about it.

The report said that upon initial arrival, the building was still fully intact, and the chief decided an interior attack was possible. Minutes into the attack with five fire fighters inside, the chief noticed the roof was moving like a wave in the ocean. Per protocol, the horns blared on the fire trucks to alert the interior attack teams to vacate the building. Unfortunately, they did not hear the horns.

Next, they sent a message over the two-way radios that they fortunately heard. As they were following the hose lines back, the roof started to collapse on them.

Jay was able to put out a mayday, and one attack team successfully exited the building. Jay’s attack team was trapped, and Jay was trapped the worst. His legs were pinned underneath the roof. It took two men and a chainsaw to get him cut out. Thank God it was a success.

People can believe what they want, but my wife and I know this is a miracle, and God spared his life because it was not his time to go. When I received the message the next day from the fire department captain, it was a message no one ever wants to get, but all honor and glory belongs to God for sparing his life.

(I’m sharing photos someone took after Jayson and his team were taken to safety.)

Protected on the Job

We’d like to thank all the fire fighters, police officers, military members, and other public servants who put their lives on the line to protect others. Do you have a story of how God protected you at work, whether your job is inherently dangerous or not? We’d love to share your story on a future Miracle Monday. Click here to send it to us.