A Most Special Delivery 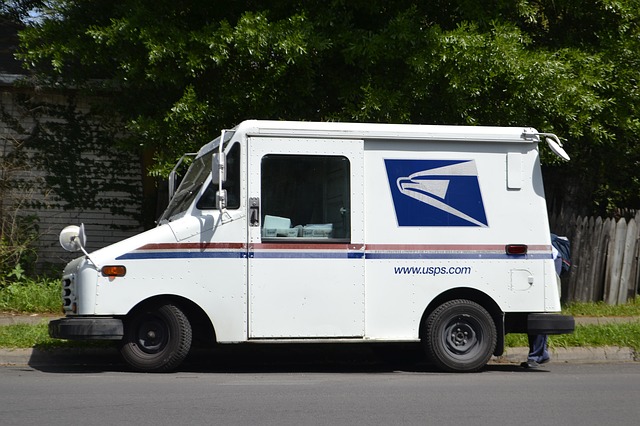 Today’s Miracle Monday comes to us from a personal account by Sister Marie McGuire.

I gave birth to my first son, Mickey, on September 27, 1950. At the time, I was living with my in-laws in Missouri, while my husband, Harry, was serving in the Navy. After Mickey’s birth, the doctor came into my hospital room and told me that the baby had been born with a knot behind his ear about the size of a pea. He said the knot would grow rapidly in size. Naturally, as any first-time mother, I was very upset and frightened. I had no idea anything was wrong with my baby. He looked perfectly healthy.

When I was back at my in-laws with Mickey, I watched the knot closely. I noticed it had gotten larger — about the size of a nickel. On October 6, nine days after Mickey was born, the doctor paid a house call to see how the baby was doing. By this time, the mass had grown to the size of a quarter, and the doctor told me that they would have to perform surgery to remove it. They could not do surgery without my consent. It was imperative that I give him an answer immediately.

I could not bear the thought of my little baby having surgery. I had been praying all along, and I felt my prayers were not being answered. My in-laws, who were unacquainted with our church, tried to console me. Prior to this, we found out that my husband’s request for a leave of absence from the Navy had been denied. I lived far from the church and the other saints. I felt so alone. I even felt that the Lord had forsaken me. I had nowhere to go and no one to turn to.

Suddenly, a thought came to me: I must call my mother. She was living in New Jersey at the time.

I told the doctor that I could not give him an answer that day. He told me I was taking an awful chance. I replied that whatever happened would be the Lord’s will. I had something I needed to do. The doctor shrugged his shoulders and left.

I told my mother-in-law that I needed to call my mother in New Jersey and have a garment blessed for Mickey by elders of the Church. I knew she didn’t understand what that meant, but I said I would explain everything later. I called my mother, told her the whole story, and asked her to purchase an undershirt, have it blessed, and send it special delivery as soon as possible. She told me she would.

I went into prayer again, pleading with the Lord to spare my son, but conceding that His will be done.

On Sunday, October 8 at around 6 a.m., my mother-in-law and I were in the kitchen. The doorbell rang, and my mother-in-law answered it. There was the mailman in the doorway and the mail truck in the driveway behind him. He said he had a package for Mrs. Marie McGuire. I went to the door, and he asked me if I was Mrs. Marie McGuire. I said yes. He handed me a clipboard and told me to sign by the X. He had a special delivery package for me tucked under his arm. He handed me the package. I thanked him, and then he said goodbye. We watched him get in the truck, back out of the driveway, and then when he reached the end of the driveway, the truck seemed to disappear. We looked to the right and to the left, and we couldn’t see a truck on the road.

I anxiously opened the package to see what was in it. It was a baby’s undershirt.

My eyes quickly swelled with tears, and I looked at my mother-in-law. Without exchanging words, we both went into the bedroom where Mickey was sleeping in his crib. Softly and quietly, I woke him up. I removed his nightgown and undershirt. The knot on the side of his head had grown to the size of a half dollar. I took the new undershirt and proceeded to slip it over Mickey’s head. As it passed over the ear, the large mass disappeared before our eyes.

At that moment, I could not contain myself. I began to sob uncontrollably for the joy in my heart. I could not thank the Lord enough for what he had done for my son. I looked at my mother-in-law, and her face was also tear-stained.

I laid Mickey down in his crib and telephoned my mom to thank her for sending the undershirt. As I was telling her about the beautiful miracle the Lord had just done for my baby, she told me that she hadn’t sent the undershirt yet. She still had it at the house and couldn’t get it in the mail until the next day. I then told her what had taken place, and we both knew the man who had stood at the door just minutes before was not a mailman at all. He was a messenger sent by the Lord to deliver a garment that would spare my son.

What has God done for you recently or in the past? We’d love to hear about it and share it here on the Gospel Blog. Click here to send us your story.