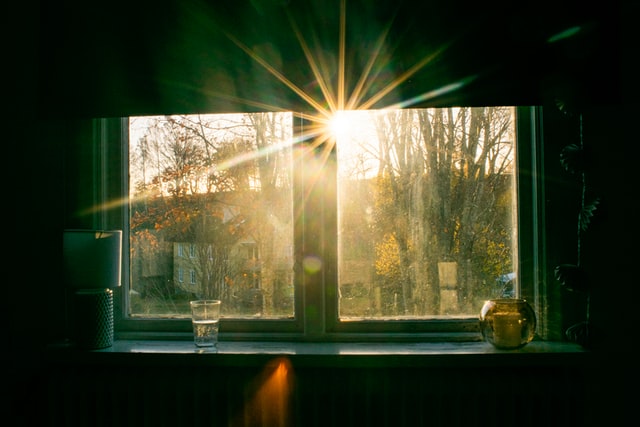 In early 1952 my grandfather, Brother Dick Ackman, was on leave from the Army and had received orders to return to camp. He knew what that meant. He was being shipped to Korea. There was a significant chance that if he ended up in the warzone, he would not return home, as those trained for his duties had a very high casualty rate. The night before he was scheduled to return to base, he had the following experience that he related many times before he passed away (the following is an excerpt from his autobiography):

Barb was next to me asleep and Terri was in her crib. The window in our bedroom was about two feet from the bed. Wide awake, several times I looked around the room and out the window at the houses across the street. The lights provided a clear view of everything around.

My eyes always focused on my wife of 18 months and our little girl then 6 months old. ‘Would I ever get to know her?’ constantly went through my mind as I watched Terri. I prayed to God, not for myself, but asking for continued and better health for Barb that would enable her to be a loving mother. And, that Terri would grow up with the love and understanding her mom and I and our families had for Christ. Also, that her offspring would carry the torch for Jesus all their lives.

As I silently prayed, I caught a figure at the corner of the L shaped roof of the house across the street. So clear, I can still see it today when I look back on the experience. It was Jesus in full length looking at me. He said nothing, just a face of purity and majesty, initiating a flow of tears I felt dripping off my face as He moved forward where only His face and upper shoulders were in the window frame.

I heard Barb’s low voice, and looking at her she clasped my hand as I turned to the window again to find it clear. I believe my tears awakened her. She said softly, “Dick, what’s the matter?” I replied, ‘You won’t believe me, I just saw Jesus on the porch roof and as close as the window.’ Before I could say more she cuddled up saying, “I believe you,” so understandingly, as if she knew.

Our final hours together were ones of content. For me, on my way back to camp I asked the Lord to help me do my job and not endanger the lives of those I would be assigned to in battle. Reaching camp around midnight reporting to the orderly on duty, upon looking at my pass he said, “Sergeant you have been removed from the shipping list.” I asked to see the order and found two names, mine and another, had been scratched that day.

That’s not what I asked of God, but the prayer offered was answered. Barb fulfilled her calling, was a wonderful mother and wife, and retained her health until she passed away from brain cancer in 2012. She was not only a good mother to our own kids, but also to an extended family of different cultures. Terri is happily married with three children, all baptized and involved in church activities. Her husband, though of a different faith, is a devout believer as well. God blessed us 14 months after my experience with a second daughter, Patti, who has two children and three grandchildren. Praise God for His goodness and mercy!