When Is My Time? 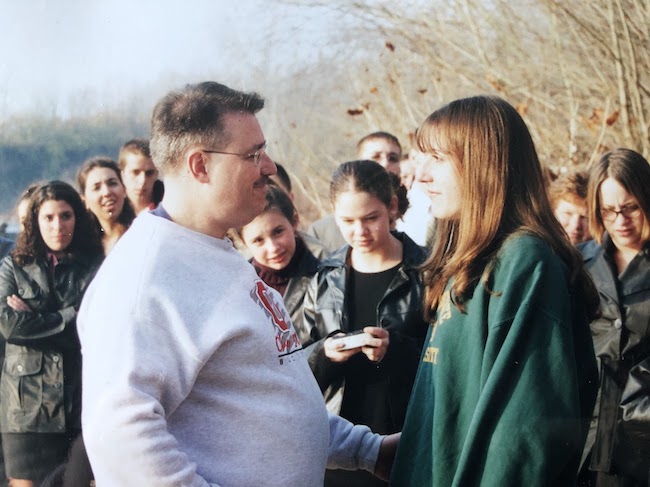 Today’s article by Sister Mallory Batson is the first one in our fall series called, “The Day He Found Me.” For the next few weeks, you’ll hear stories from our columnists of how they asked for their baptisms. We hope that these articles inspire you to think back on the day you were baptized — or forward to the day you will make the commitment.

How will I know that it’s my time?

That is the one question about baptism I could never get answered to my satisfaction. What I heard most was “You’ll just know,” and for someone as analytical as me, that answer drove me crazy.

The day I asked for my baptism, I wasn’t thinking about baptism at all. It was Sunday at GMBA conference in Greensburg, Pennsylvania, and frankly, I was only there to see my friends. I had met some of my very best friends at campout the year prior, and I asked my parents to take me anywhere I knew they would be.

Toward the end of the meeting, the officers called the young people up to sing. After we sang a song and heard a few testimonies, they asked Brother Chuck Maddox to address us. The only thing I remember him saying was, “Today is the day of your salvation.” God started calling me at that moment.

There was a special prayer said for the young people, during which I started crying while my heart pounded out of my chest. They asked the young people to hold hands while we prayed, and I was standing next to my good friend, Ricky. I knew I needed God to confirm that He was calling me, and all I could think of was asking God to have Ricky squeeze my hand in the middle of the prayer. Honestly, it was less of a request and more of a statement, “If something is supposed to happen, here, then Ricky is going to squeeze my hand.”

And then it happened. He squeezed my hand.

After sitting down, I, of course, started to analyze what just happened. Was that a calling? Did he really squeeze my hand, or did I imagine that? I came to the conclusion that I wasn’t going to ask for my baptism that day. If God called me once, then He would call me again, right?

The meeting ended, and I saw my dad walking towards me. I couldn’t hold it in. Every doubt I had was gone. I burst into tears and, almost involuntarily, blurted out “I want to be baptized!”

I was baptized the next week, which happened to be the dedication meeting of our new building in Cincinnati-Morrow. My dad, Brother Bob Batson, baptized me. My grandpa, Brother Joe Genaro, confirmed me. During the confirmation prayer, my grandpa spoke in tongues. The interpretation was given to my great uncle, Brother Russ Martorana: “The Spirit of the Lord be with you always, that He would lead and guide in paths of righteousness.”