What Is the Word of God? How Do We Know? 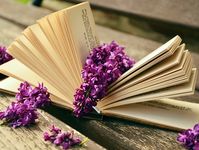 We’re pausing our weekly study of 1 Nephi to bring you this article by Brother Joshua Gehly.

For Hindus, it’s the Sruti. For Buddhists, it’s the Tripitaka and the Dhammapada. For Taoists, it’s the Dao De Jing, Chuang Tzu, and the I Ching. For Islam, it’s the Quran. For Judaism, it’s the Torah. Different Christians include the Bible and, for some groups, many other texts. Each text claims to hold critical keys to spiritual understanding of divine truth.

Odds are good you have not read even a fraction of the religious texts available around the world. How do you know what the Word of God is?

Mainstream Christianity answers this claim very simply. The Bible is the true Word of God because the Bible says so. It’s a form of circular reasoning that, for someone outside the Christian community, doesn’t make much sense. Hundreds of other texts also self-proclaim a divine nature and truth, including the Qur’an. Should we embrace all texts as the true Word of God just because they say so?

Jesus, our living Word of God, faced the same problem. The Jewish community claimed Jesus was self-proclaiming divine truth. Jewish tradition required two to three witnesses to establish the truth of a situation. Without another witness, His Words would be disqualified. Jesus so eloquently solves our problem:

Jesus declared His Words, and the Father in heaven bore witness of their truth. When Jesus was baptized, the Spirit descended upon Him in the form of a dove. The Almighty Father of Heaven bore spiritual witness of the Son with the famous words, “This is my beloved Son, in whom I am well pleased.” (Matthew 3:17)

The Church of Jesus Christ holds an unprecedented understanding of the Word of God with Christ, the living Word, setting the perfect example:

Jesus came to earth as a divine source of truth. He obeyed His Heavenly Father in every facet. The Father provided a witness through the Holy Ghost to the truth of the living Word of God at His baptism. Jesus prophesied that He would destroy and rebuild the temple in three days. Jesus Christ fulfilled these words of prophecy through His death and resurrection.

The Bible and the Book of Mormon are the inspired Word of God. God is the same yesterday, today, and forever, and He speaks to mankind worldwide. His word is not limited; it is limitless. Would you like to know if these words are true? Read the Bible and Book of Mormon and ask the Lord for a spiritual witness. In faith believing, He never fails us. His Words are true and eternal. Every revelation to mankind will one day be revealed and fulfilled.

“…And if ye shall believe in Christ ye will believe in these words, for they are the words of Christ, and he hath given them unto me; and they teach all men that they should do good. And if they are not the words of Christ, judge ye—for Christ will show unto you, with power and great glory, that they are his words, at the last day; and you and I shall stand face to face before his bar; and ye shall know that I have been commanded of him to write these things…” (2 Nephi 33:10-11) 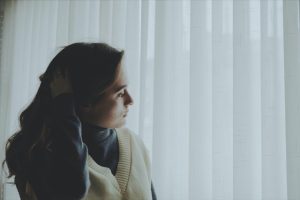