What Is the Book of Mormon? 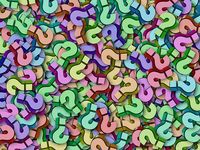 What is it? How was it written? Why is it the Word of God?

These are questions you’ve probably asked in the past or may still ask. It’s likely you’ve been asked them many, many times. To craft some clear, basic answers, we’re taking a cue from the Gospel News and giving you 5 Amazing Facts about the Book of Mormon:

Ezekiel 37:16-19 – The word of the Lord comes to Ezekiel and tells him to take a stick (what books were referred to in those days as they were written on scrolls of papyrus) and write about Judah. He is told to take a second stick and write about Joseph. Once complete, they are to be joined together as one. The stick of Judah is a history and record about the Jews, which is the Bible. The stick of Joseph is a history of Joseph, which the Book of Mormon is. Since they are one in God’s hand, they must be His Word.

Isaiah 29 – Isaiah talks about a people who are to be brought down and whose words would come out of the ground (verse 4), and in verses 11-12 speaks of the “words of a book that is sealed,” and is delivered to a learned (educated) person who states he cannot read it and then to an unlearned (uneducated) person who can. These prophecies were fulfilled when the Book of Mormon came forth and during the translation process.

John 10:16 – Jesus tells his disciples that He has other sheep that are not of this fold (not Jews) and that they will hear His voice. The sheep shall become one fold with one shepherd.

These are not all the scriptures and history about the Book of Mormon. However, these provide some basics for why the Church believes the Book of Mormon is equal to the Bible and one in the hand of God (Ezekiel 37:19). For more information, feel free to speak to any elder or teacher.

This year, over and above Miracle Monday, we’re asking for your testimonies and experiences that have to do with the Book of Mormon or the restoration. Maybe the Lord led you to Book of Mormon scriptures when you were in need, or perhaps He confirmed the truth of the restoration to you in a supernatural way. Click here to tell us about it, and we’ll publish the testimonies throughout the year — click here to read last week’s!