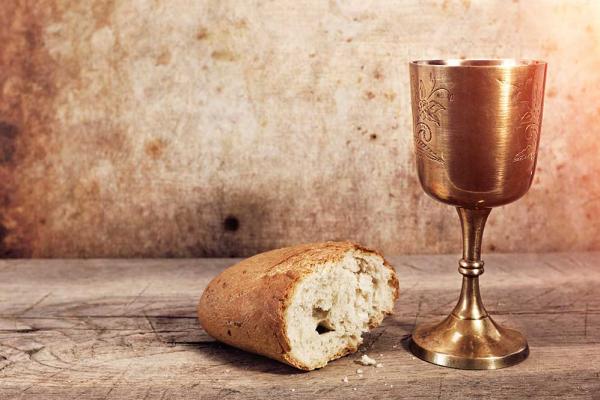 After being led out of Egypt by Moses, the Israelites crossed the Red Sea and then found themselves in a wilderness with no source of food for such a large group. However, God provided for them by sending down a kind of bread from heaven. It began appearing one morning in the form of small round things on the ground.

“And when the children of Israel saw it, they said one to another, It is manna: for they wist not what it was. And Moses said unto them, This is the bread which the Lord hath given you to eat.” (Exodus 16:15)

The word “manna” is said to derive from the Aramaic phrase “man hu” which means, “What is it?” When you fit that back into the verse above, it becomes clear that the Israelites referred to this mysterious substance as “What is it?” since they didn’t know what it was. However, Moses does let them know that this was the bread that God had provided for them.

Years later, Jesus Christ spoke about this manna but pointed out that it was only good for the day, stating “Your fathers did eat manna in the wilderness, and are dead” (John 6:49). Jesus then went on to describe a different type of “bread from heaven, that a man may eat thereof, and not die” (John 6:50) and surprised his entire audience by declaring, “I am the living bread which came down from heaven: if any man eat of this bread, he shall live forever: and the bread that I will give is my flesh, which I will give for the life of the world” (John 6:51).

Some of the people at the time became confused and thought that Jesus literally wanted them to eat His flesh. Of course, he was really saying that we need to partake of the sacrifice that He would make on the cross (which we do via repentance and baptism) in order to be eligible for eternal life.

However, Jesus later instructed His disciples that they should actually eat bread that would represent partaking of His flesh. At His last supper with them, “he took bread, and gave thanks, and brake it, and gave unto them, saying, This is my body which is given for you: this do in remembrance of me” (Luke 22:19).

When Jesus appeared to the Nephites in the land of America, He instructed them in a similar way. After the multitude had eaten the bread, He told them, “And this shall ye do in remembrance of my body, which I have shown unto you. And it shall be a testimony unto the Father that ye do always remember me. And if ye do always remember me ye shall have my Spirit to be with you.” (3 Nephi 18:7)

The Nephites followed the instruction of Christ as “they did meet together oft to partake of bread and wine, in remembrance of the Lord Jesus” (Moroni 6:6). We do the same in The Church of Jesus Christ today.

In Moroni 4, instruction is given as to how to bless the bread that is to be used for the sacrament. All in the church kneel down, and the minister prays for the bread to be blessed and sanctified for its intended purpose as a representation of the body of Christ. The sample prayer is worth reading, as it makes it clear what the purpose is of partaking of this bread. The prayer you hear in church probably sounds similar.

“O God, the Eternal Father, we ask thee in the name of thy Son, Jesus Christ, to bless and sanctify this bread to the souls of all those who partake of it; that they may eat in remembrance of the body of thy Son, and witness unto thee, O God, the Eternal Father, that they are willing to take upon them the name of thy Son, and always remember him, and keep his commandments which he hath given them, that they may always have his Spirit to be with them. Amen.” (Moroni 4:3)

Due to the pandemic, we were unable to partake for a long time and we sorely missed it. If you are still waiting, pray that your branch will open soon — it’s vital for all members of the Church to regularly partake of the bread of life.