Wake Up to a Miracle 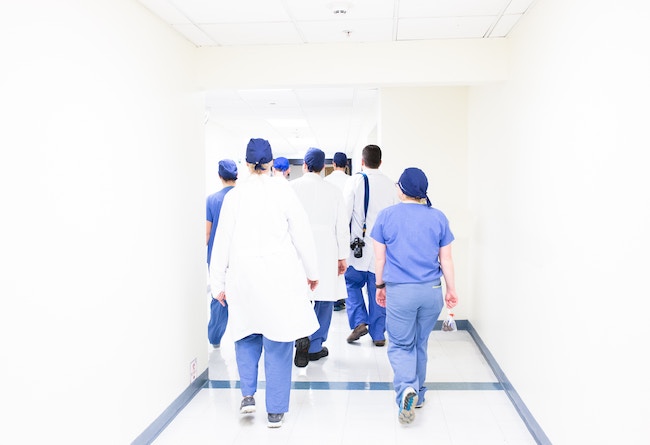 Today’s Miracle Monday, sent to us by Sister Diana Houlihan, describes a close call that God helped her dodge.

I had a wonderful boss at Bon Secours Hospital when I worked in Central Sterile. Joanne made sure all of her ladies were able to sit in with the nursing staff as they took supplemental courses to keep their nursing skills updated. The hospital provided the courses without charge. She noticed that a couple of us did very well on testing and told us about a program whereby we could become operating room techs. I started taking a class at a college located in Detroit.

I was working eight to ten hours a day at the hospital and then taking a straight six hours of class time on Saturday. We were only allowed a 15-minute break during the class, which was divided into two segments. The Saturday class was going well, but I had a lot going on in the background. My husband was quite ill, and I had a young child to consider. I was getting no sleep, and the long hours began draining me. I was coming home from work one night when I fell asleep while driving on the freeway.

I had been driving in the far right lane when I heard what sounded like a train “waaaooo.” It was a car coming up behind me, and the driver was leaning on his horn. This person must have seen that my car was straying into other lanes. It was the only other car on the road that night, and God provided it to wake me up.

When I did wake up, I was in the far left lane ready to hit the freeway wall dividing the lanes. I swerved away from the wall and was totally awake and thanking God for the remainder of the journey home. The strange part was I don’t remember seeing that car drive by me.

Have You Ever Needed Protection on the Road?

Traveling can be a hazard at times. Has God ever protected you on a journey, whether you were in the car, in the air, or on water? Let’s praise Him for what He’s done for us. Click here to share your story.