Travelin’ in Days of Old

It’s no wonder the Israelites complained, “Are we there yet?” for 40 years. Traveling was hard work back in the day! Here are some facts about journeying through the wilderness in scriptural times.

When the Apostle Paul journeyed to the East, he had to worry about robbers, perilous waters, weariness, hunger and thirst (2 Cor. 11:26-27).

When Jesus realized the multitude’s two-day supply of food was up, He fed them (miracle of feeding the 4,000) because he was compassionate and didn’t want to “send them away fasting” in case they fainted from lack of food (Matthew 15:32). Instead of bring your own food, ancient travelers had to BYOD (“Bring Your Own Donkey”) to carry non-perishable food through wilderness treks. Drawing water from a well was to them what a gas-station rest stop is to us.

Paying travelers stayed at an inn, and it was the responsibility of the innkeeper to provide for travelers (Luke 10:34-35). Broke travelers slept in the fields or on a homemade yoga mat called a pallet, a mattress filled with straw or a few quilts.

No airplanes or cruise liners here! Traveling sometimes meant risking life and limb. When Paul was trying to sail to Rome, difficulty arose because the crew was unsure whether they could get the ship to the next harbor safely enough before the winter storms set in (Acts 27:10-12). Plus, the ships were pretty tiny. You couldn’t sleep overnight on some ship, so you would disembark and stay with friends at a harbor. (Check out Paul’s visits in Acts 21:1-8.)

What engines? When Jonah traveled aboard a merchant ship, the men who were rowing were overtaken by the waves of the sea (Jonah 1:13). Ships were either propelled by oars or by sail. Traveling by land meant walking by foot and using animals such as donkeys, camels, and oxen. Chariots drawn by horses were reserved for upper-class citizens and armies (2 Kings 9:16, Judges 1:19). And the equivalent of old time river ferries were Egyptian “vessels of bulrushes” (made of papyrus) that traveled across the Nile River (Isaiah 18:2).

Captains of the Open Seas

The noted sea merchants in Biblical times were Phoenicians and Egyptians, to name a few. In the New Testament, the Romans and Greeks were mentioned as sailors. But the Hebrews were not noted sailors and often paid for their passage on others’ ships (Jonah 1:3). Small boats were used to cross the Sea of Galilee.

Most trade routes were smooth enough for transporting large goods from place to place, but if you were traveling by foot to another town, you traversed windy roads and valleys and rivers. Hopefully, you could find a worn trail used by sheep or donkeys to lead you through pathways of least resistance.

Home Away from Home

Many people in scriptural times brought their houses (and households with them) as they moved from place to place and relied on God to provide. The women bore children on journeys through the wilderness, and they all set up tents for shelter and hunted animals for food (1 Nephi 17:1-6). Often times, God blessed the land with wild harvests (fruit, honey, plentiful game) so that His people would not perish. 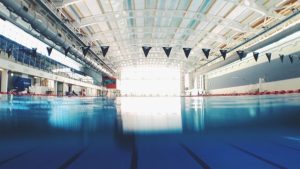 I Can Do All Things

Philippians 4:13 says that I can do all things through Christ who strengthens me. And I have to say, I believe it, but do I truly use the fullness of the meaning in my life? I work at an assisted living center where all the residents have memory impairments. They...