The Value of Duty 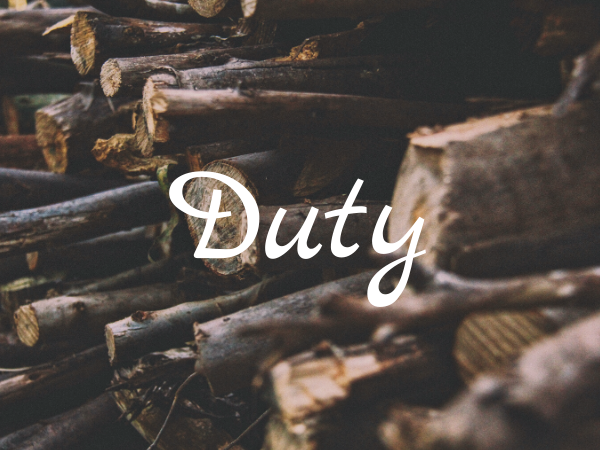 Daniel and his three friends were taken captive and carried into Babylon. There, the King commanded that they eat his meat and drink his wine. But these boys refused to defile themselves with this food, despite the urging of their overseer who feared he would be executed for their poor health. After 10 days, however, not only were they healthier and stronger than their counterparts, but God honored their integrity by blessing them with knowledge, skill, and wisdom.

The Anti-Nephi-Lehies were a group of Lamanites who converted to Christ and renounced their bloodthirsty lifestyle. Soon afterward, another Lamanite group threatened them with massacre. In order to honor their covenant to never shed blood again, the Anti-Nephi-Lehies buried their weapons in the earth and allowed themselves to be slain. This passive gesture so convicted the hearts of their attackers that many of the enemy converted to Christ.

It’s easy to make excuses to compromise our duty to God. Daniel and his three friends could have claimed that they were captives in a foreign land or that they were risking the life of their overseer or that God had abandoned them to rationalize breaking their prohibition against eating meat.

The Anti-Nephi-Lehies could have succumbed to the fear that they and their loved ones would be mercilessly slaughtered, breaking their vow against violence. But, because these people honored their covenants to God — despite the assumed risks — God blessed them in unexpected ways.

When we do what’s right before God out of a sense of duty – like being honest with our taxes, like avoiding activities that provoke us to sin, like treating unlikeable people with kindness, like driving long distances to support church events — anything that seems inconvenient at the time, we can expect God to answer our prayers and bless us immeasurably beyond our minimal sacrifice. We have liberty and boldness to go before Him in prayer and to expect an answer.

Send in Your Miracle Monday for February

The theme is how God directed you to your spouse. Click here to share your story for publication here on the blog. 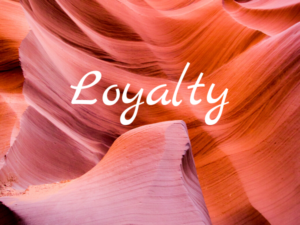 The Value of Loyalty

Value: Loyalty  Definition: Feelings of devoted attachment and affection that generate supportive actions.  Vital Verses “And they answered Joshua, saying, all that thou commandest us we will do, and whithersoever thou sendest us, we will go.”...

The Value of Responsibility

Value: Responsibility  Definition: Accepting accountability with reliability; trustworthiness; fulfilling our roles as saints as appointed and as ordained  Vital Verses "And the Lord said unto Cain, Where is Abel thy brother? And he said, I know...