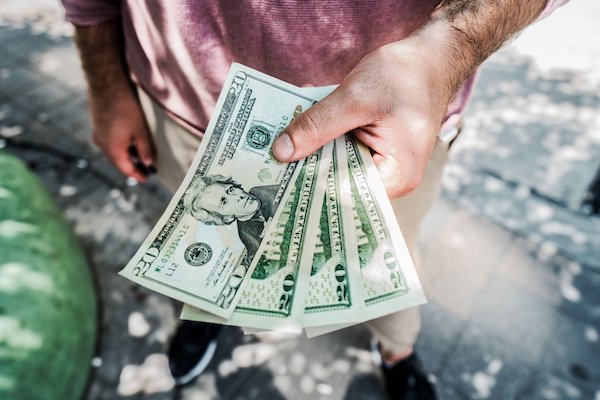 It’s Tax Day here in the U.S. next week. It isn’t exactly a holiday, but it’s an important day, nonetheless.

It reminds me of what Jesus said not long after He entered Jerusalem a week before His resurrection. He was using parables to teach the people. The Pharisees, the Jewish religious leaders, were not happy with what Jesus was doing and were looking for ways to get rid of Him.

They took the approach of trying to catch Him in His words, attempting to either discredit Him or get Him to say something against the Roman government. They recruited some Herodians to do their dirty work. Herodians were people who favored the dynasty of Herod and stood for the Roman connection. They went to Jesus and tried to flatter Him a little, stating that they knew He was a true teacher of God and that He held all people in the same regard no matter their worldly status.

Then they asked Him if it was lawful or not to pay tribute to Caesar, the Roman Emperor. Tribute in this case meant taxes. Jesus knew exactly what they were trying to do and called them hypocrites for it. Then He asked to see the tribute money, and when they brought it, He asked whose inscription was on it. They said, “Caesar’s.” Then Jesus said, “Render therefore unto Caesar the things which are Caesar’s; and unto God the things that are God’s.” (Matthew 22:21). The Herodians marveled at this and went on their way.

What Jesus was telling them (and us today) is that we need to do our part when it comes to being citizens of a country. We need to follow the laws, pay our taxes, and pray for our government officials. We do this with an eye towards God because we want our government to have laws that are based on His. We want a peaceful country that God will bless, one where the government is an advocate of God’s laws, since God’s laws are the best for us all as a people.

Regardless of whether we agree or disagree with how our government is acting today, we must act lawfully and follow the laws as long as they don’t contradict the Lord’s. We must act with love and kindness as Jesus did and taught. We also need to pray that our leaders make the decisions that God wants them to make.

So, as this tax season draws to an end, render unto the taxman what is the taxman’s, and unto the Lord what is His, a broken heart and a contrite spirit (3 Nephi 9:20).

We Can’t Do It Without You

We’re anxious to know what you think about the Gospel Blog. The good and the bad. We want to keep what you love and rework what you don’t. There’s no way for us to do that without your feedback, so please take our survey and make your voice heard.