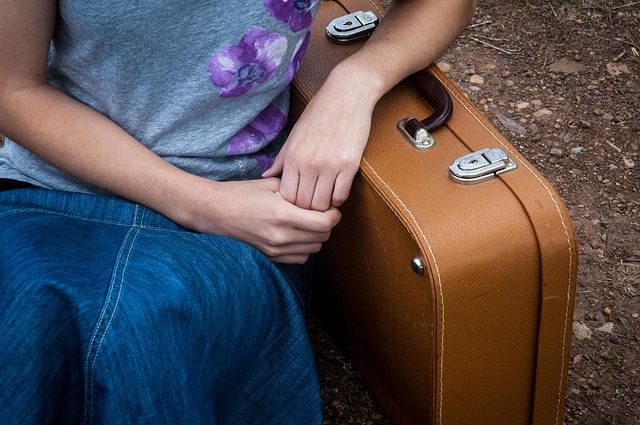 Today’s Miracle Monday is a memory of Brother Randy Ciccati’s about how God protected his family from what could’ve been a terrible disaster.

One year when I was growing up, my parents decided to drive to Lorain, Ohio and help my grandparents move to Cape Coral, Florida where they were going to retire. In those years, Cape Coral met at a yacht club. Yes, I have been to the infamous branch known as “The Yacht Club.” My brother had just turned 16 and got his driver’s license, and my grandparents were giving him a car they no longer needed. Not wanting to drive two cars back to California, my father decided to tow the 1964 white Mercury sedan back to California.

After a couple days of driving, we passed through some mountain roads that had several miles of switchback turns. Dad was glad to get past the curvy road and back on straight surface streets. He realized the car needed gas and began to make a right turn into a gas station. As he struggled to make the turn, he realized the car we were towing was not turning properly. It seemed as if it wanted to continue to go straight. Dad eventually got the car to turn into the gas station and pulled up to the pump. Once safely off the road and in the gas station, Dad decided to check out what was wrong with the Mercury we were towing.

Inspecting the car, he realized that a suitcase he had laid on the front passenger seat had slid over to the driver’s side and got pinned under the steering wheel. That was the reason the car would not turn on the flat surface street into the gas station.

But why would the suitcase get pinned under the steering wheel on a flat surface road and not while driving on the switchbacks through the mountains?

I was with my dad as he realized what had happened. He simply said to me, “Randy, that is how the Lord watches over us. Had that suitcase slid under the steering wheel when we were going through the curvy roads in the mountains, it could have been a disaster for our family.”

Now, logic says that there is no reason for a suitcase to slide over from the passenger side to the driver’s side on a flat surface road if it didn’t move while driving through those curvy mountain roads. Clearly the Lord had watched over our family. We will never know whether that suitcase was under the steering wheel while driving through those switchbacks and exactly how God protected our family. All I do know is God is good!

This experience became one example to me, at a young age, of how the Lord truly does watch over us when we don’t realize He is and how sometimes He even lets us know about the disaster that He prevented.

Next month, the Miracle Monday theme is the military, but we’d also like to include any other public servicemembers, such as those in the police forces, firefighters, and first responders. Share a testimony of yours or a family member’s — if you’re not sure if a family member or friend even has a testimony to share, why not ask? You might be surprised by what you learn!