The Songs of Zion 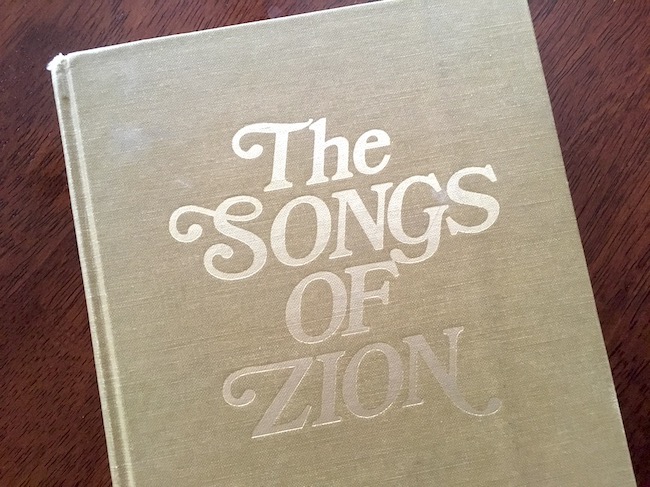 Today, we’re excited to bring you an article written by Sister Arlene that tells more about how the songs are given as well as a few experiences relating to specific hymns. We hope to share more periodically throughout the year.

The Songs of Zion are given in three different ways:

There have been hundreds of individual experiences concerning these songs from our brothers and sisters all over the church. Two brief experiences shared with me are as follows:

A brother heard these words, “Take The Songs of Zion with you and they will carry you through life.”

Another brother from Mexico heard these words, “Study The Songs of Zion, these are my words.”

Also, the late Brother Dominic Thomas once told me, “The Songs of Zion are carrying our people.” I know they have carried me and many others.

There have always been songs for all ages of time and these songs are for our day and time.

In 2015, when Brother Eugene Amormino was no longer able to arrange the songs, God brought Brother Phil Benyola in to do this work so the songs could continue to go out to our people. It has been a blessing working with him and I thank God that He continues to send songs.

Following are a few experiences that I have had regarding some of the songs.

When this song was given, I was walking into the Imperial Branch and the Spirit spoke to me so clearly these words, “The Songs of Zion are manna from Heaven.” Shortly after that the Word of the Lord was spoken, “Eat of my manna for the journey is great.” (Just like the children of Israel we are given manna from God in the wilderness.)

The Spirit spoke these words to me, “The Gospel has a sound.” The message in this song is so important. “Contemporary sounds and songs don’t have the Gospel’s ring, peculiar so they say we are, of latter days we sing.” When this song was given, I saw the scene of a marching band with many instruments playing. In the first verse where it says, “The Church of Jesus Christ will stand, it’s built upon His name.” That’s where I heard the trumpets come in very clearly.

When this song was given, I had a severe case of pneumonia. I was not able to sing or even speak for many weeks. During the night hours I could hear this song being sung over and over. It sounded so beautiful! It wasn’t until I recovered that I was able to tell what had been given.

When I heard the testimony of a brother on his deathbed who requested his daughters to sing to him a song of Zion, the Spirit of God fell upon me so greatly and this song was given.

This song was given in church as a brother was being anointed and the words were, “Lord, our brother has fought this battle for a long time and we know he would like to see the outcome.” Right then the Spirit of God fell upon me and the song was given. The Spirit revealed to me the battle spoken of in this song is the same battle written in Joel 2, and this song is asking for God’s assurance that He will bring us through.

Many times, a scene comes before me and I see what is taking place in the song as I am writing it. I saw a parade going by and a father holding his small child on his shoulders so the child could see this beautiful sight. The third verse says, “Hold while I reach to touch the mount.” Many times, God holds us up above the crowd so we can see the latter-day glory and the beauty of Zion.

These songs were sent to carry us through this great wilderness on our journey to Zion. 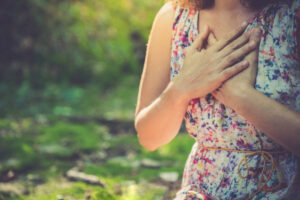 This is an experience had by Sister Rosanne Champine. It was 1999. We were approaching the new millennium, and there was much speculation about what might happen. Some felt that the year 2000 would usher in tremendous change. Others prepared as if the world would... 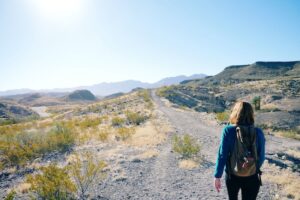 Melodies with Meaning: Through It All

Here's the next installment of "Melodies with Meaning," where our columnists tell you about some of their favorite spiritual songs. Today, we're hearing from Sister Vicki. By the time this publishes, I will have celebrated my 40th spiritual birthday. It seems...