The Healing of Our Son 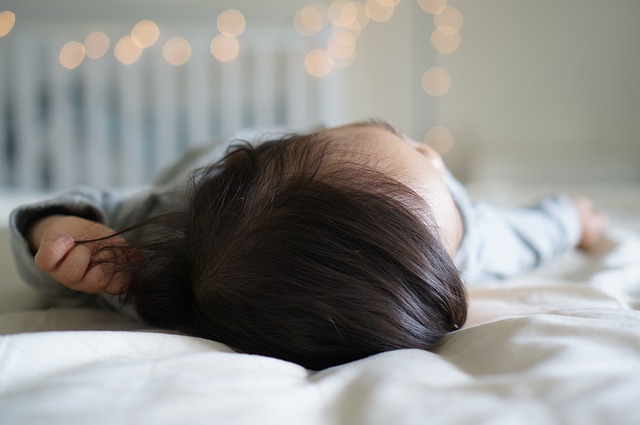 Today’s Miracle Monday is a testimony from the late Sister Sarah Watson. This was recorded in her own words before she passed away.

My faith had never really been tested until my little boy, Larry, contracted a virus of the intestines when he was 1 year old, and he was unable to keep anything in his stomach, vomiting everything he ate. The doctor admitted him to the hospital, where he stayed for two weeks, getting fed intravenously. We got permission to bring him home, where he still couldn’t keep down any food and became so weak that he was crying day and night. He had lost so much weight that he was just skin and bones. He was unable to lift his head, and he became extremely fragile.

The Windsor Branch of our Church immediately began to pray, as well as our natural family. My father had told me that I should place him in God’s hands for God’s will to be done. I found it very difficult to do and was even angry at him for suggesting it. I decided to fast and pray for as long as necessary for the healing of our son.

One evening, about a week after we brought Larry home from the hospital, my husband, Brother Robert Watson, had to go to work on the midnight shift, and I was at home with Larry, my two young sleeping daughters, Elaine and Judy, my husband’s parents, and our neighbor who had come to check on us.

At the midnight hour, I picked up Larry and cradled him in my arms when suddenly, he became stiff, his eyes turned backward, and then he became limp. At this point our neighbor screamed and ran out of the house saying, “He’s dead, he’s dead.”

I became very frightened; however, the Spirit of God completely consumed me. With all the strength I had, I lifted my son as high as I could and offered him up to the Lord, crying out, “My God, You gave me this son, if You gave him to me to break my heart, and you want him back, then take him now. But if You gave him to me that he might be a joy to our family and to Your Church, then heal him. Heal him now in the name of Jesus Christ.”

I then heard my little daughter, Elaine, cry out, “No, you can’t have him back.” Both she and her sister, Judy, were crying because they had wanted a brother, so I put Larry back into his crib and went to comfort my daughters. I then took some soiled clothes down to the basement to wash. I no sooner got to the basement when I heard some noise up above.

I immediately ran up the stairs and saw my father-in-law praising and glorifying God with a loud voice, saying, “It’s a miracle! Praise God!! It’s a miracle!” It was then that I saw my little boy, who had been barely alive only a moment ago and who for days hadn’t even had the strength to raise his head, now, standing up in the crib and actually shaking it for all he was worth. He was crying because he was hungry and he wanted his Mama.

Larry had not spoken a word since he got sick. My father-in-law said, “God has healed your son, Sarah; feed him, he’s hungry.” I stood there not believing what I saw. Yet, I warmed four ounces of milk, which he eagerly drank and then cried for more. I gave him four more ounces of milk, and then gave him some baby cereal as well. Up to this point, my father-in-law had been holding him, and he said, “Call him by name, Sarah,” which I did. Larry then looked up at me and said, “Mama,” lifting his arms out to me. As I took him into my arms, the realization that God had decided to give me back my son had finally reached my heart, and I began to cry and thank God.

At this point, my husband walked through the door and he began to praise God. Upon hearing all the commotion, our neighbor came back over, fearing the worst. Instead, she found Larry eating a piece of toast. She immediately fell on her knees and said, “God has performed a miracle. I am a witness, as long as I live, I am a witness to this miracle.” It wasn’t long before he began to regain his weight and strength and become an active little boy as he was before.

Today, as I write this testimony, nearly 50 years later, our son, Larry, is now an Evangelist in The Church of Jesus Christ, and we are still praising God for the miracle that the Lord performed on our son.

Do you have something to praise God for? Do you have the testimony of a brother or sister who has now passed on? Let’s not forget the great things that God has done for us and is doing every day! Click here to share your story.