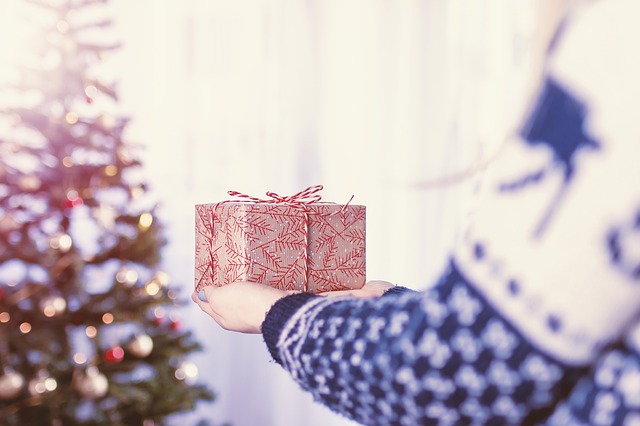 As we prepare for Christmas, many of you probably went to the store or online to buy that gift for your special someone. Or maybe you made a homemade gift. Regardless, Christmas has become a time to give gifts to others.

But where did the tradition of gift-giving come from?

I suppose it was because of what Christmas represents, the gift of the Savior. It could also come from the story of the wise men. We know how they followed the star so that they could worship the newborn King of the Jews. They brought with them gold, frankincense, and myrrh to give to Him (Matthew 2:1-12).

But let’s go back to the gift of Jesus. What did this little baby represent and what true gift did God give us through Him?

The answer is hope.

From the moment Adam and Eve were thrust from the Garden of Eden, man was separated from God. According to justice, there had to be two deaths, a natural and a spiritual. This held true unless an eternal and ultimate atonement could be made for mankind, satisfying justice for the second death.

The scriptures teach us that no man can atone for another’s sins. Only God, totally perfect and sinless, could do such a thing. Enter Jesus Christ.

So, for thousands of years, Jesus was prophesied and preached about. Types and shadows of Him and what He would do for His creation can be found throughout the Old Testament and in nearly every chapter of the Book of Mormon up through 3 Nephi.

The message that was preached was hope, the hope for eternal life in His kingdom through the salvation that would come by His death and resurrection. That hope could not be realized until He actually came to Earth.

Countless men and women had faith throughout the years that He would come, and the vast majority never had their faith turned to knowledge. But for those believers in the Jerusalem region, on this land, and probably where the rest of the lost tribes were, their faith became knowledge.

We know how angels appeared to shepherds outside Bethlehem (Luke 2:8-16) and how there was a day, a night, and a day when there was no darkness on this land (3 Nephi 1:15). There could be no doubt that the Savior had been born and that the hope of salvation had become tangible and real.

Some 33 years later, on the fourth day of the 34th year (3 Nephi 8:5), our salvation was paid for with the ultimate price, and that second, spiritual death, was taken away forever. Man could again enter the presence of God through Jesus Christ. All that is required is to believe that He is the Savior, which is exhibited by striving to follow His commandments.

So, as we celebrate the birth of our Savior and give gifts to one another in keeping with the tradition of Christmas, let us not forget the wonderful gift God gave us that night many years ago: hope for everlasting life with Him.

May God bless each of you, and Merry Christmas. 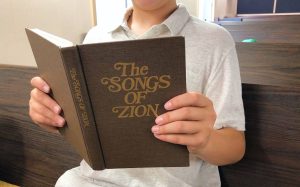 A Close Look at the Songs of Zion: Sing Hallelujah