The Day My Life Began 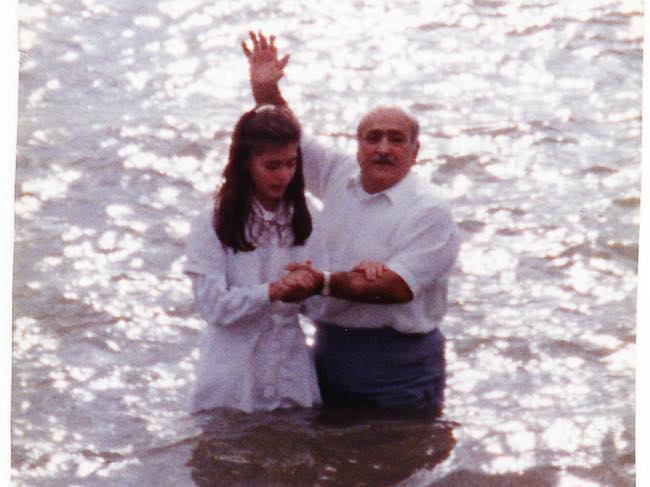 Today’s article by Sister Colleen Moore is another installment in the series, “The Day He Found Me.”

It was a cold, windy day on the morning of November 7, 1993. I had just recently turned 14 years old and I was in the eighth grade. I was just a kid. But, my heart’s desire was to serve God and I had been praying about baptism. I had made it a matter of prayer and had asked God to show me a sign. I wanted something to reveal to me that the Lord was calling me.

While we were in church singing that day, I remember feeling a tug on my heart and feeling emotional. I prayed and asked God to send me a sign if He was calling me. The very next song that we sang was “Shall We Gather At The River.” That was my sign! We seemed to only sing that song at baptisms! I knew He was calling me, and I burst into tears as I felt His Spirit.

My mom noticed me crying and followed me to the bathroom where I told her I wanted to be baptized. My dad phoned my grandfather, the late Brother Peter Capone to let him know I had asked. He wasn’t feeling well that day and had stayed home, but he told my dad he was on his way and wanted to baptize me.

When we arrived at the baptism site, I saw that my grandfather was there. I still remember the look on his face when he saw me and the sweet smile he shared. It was cold, cloudy, and the water was kind of rough. Someone even joked around with him, saying, “Pete, it’s so cold out there! What if you died out there?” He smiled and said, “Baptizing my granddaughter would be the best way to go.”

I stood and held both of his hands as he asked me if I promised to serve the Lord to the best of my ability for all the days of my life. We walked into the water, and it began to calm down; the sky opened and a beam of sunlight came down on us. My sins were washed away as I gave my life to the Lord. Minutes after coming out of the water, the Lord took my grandfather home. He had earned his crown.

The Word of the Lord came forth right there, “Hear ye the Word of the Lord this day. I have called My servant home. He has fought a good fight. Do not shed your tears for him, but cry for those who die by the wayside, never tasting the Waters of Life.”

I believe with all of my heart that my grandpa knew he was going home that day. There was something different about him at the water’s edge … and in that smile he shared with me. He may not have known exactly what was going to happen, but I truly believe he knew baptizing me was one of the last things he would do. He was one of the most amazing men I ever knew.

I may have been “just a kid,” and some people even expressed concern that I was so young. But, being baptized at that age helped me navigate through my teenage years. The Holy Spirit was and still is my compass. It helped me make better decisions. The Lord gave me a beautiful testimony that I was able to share with my friends. The human in me was so sad to lose my grandpa, who I was really close to. But, God’s peace revealed to me that my grandpa’s life hadn’t ended; it had just begun … and so did mine. 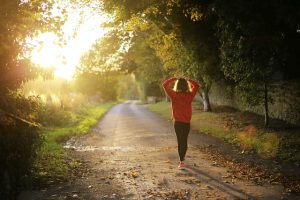 This Is Your Brain on…the World

Back in grade school, we all saw that famous PSA with the egg and frying pan that said, “This is your brain on drugs.” We heard the teachers talk about it. There were commercials that discussed it. And we even read about it. It showed, in detail, what would happen...