The Date on the Other Side of the Dash 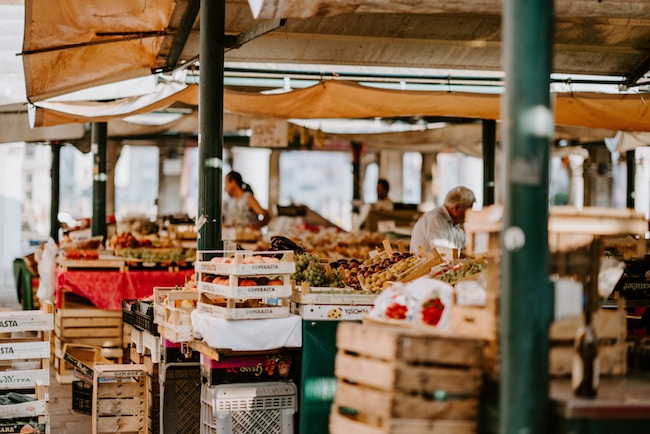 Today’s Miracle Monday from Sister Cheryl Cervone is a 15-year-old testimony that is just as powerful today.

July 16, 2003. It seemed a Wednesday like any other. I set off to the Santa Monica Farmer’s Market at around 1:30 p.m. to get my favorite salad greens before the market closed. I walked with purpose down the middle of Arizona Avenue, one of the streets that is closed and lined with vendors on market day.

Off to the right was a vendor giving out samples of chips and guacamole, and I couldn’t resist. No sooner did I get to the table when I heard a sudden loud commotion and, looking to my right, there was a car barreling toward us at high speed, mowing down everything in its path! Surreal!

It was happening so fast, yet it felt like watching a movie in slow motion! I froze. The strong wind from the rush of the car zooming down the street immediately behind me pushed me over the vendor’s table, yet I was miraculously untouched and unharmed! The car had to have been within an inch or two behind me.

Stunned, I turned and took in the horrible scene around me — it looked like a war zone with people on the ground killed, injured, crying, vendors’ tables destroyed… I searched to see who I could help — there was an elderly woman who had been hit wedged under a pile of rubble.

As I would later find out, her name was Esther, and she kept asking for her husband. The two had just celebrated their 50th wedding anniversary. We would also later find out that, very sadly, her husband had been killed on impact, along with nine other people and 63 injured. I accompanied Esther in the ambulance on the way to the hospital and remained there until her family arrived. Out of tragedy, a lifelong friendship developed with Esther and her beautiful family.

I would later learn that a sister from Bell who had heard about the tragedy on the news felt strongly prompted to pray for someone there — perhaps a family member — and she did. When she heard my testimony in the Simi Valley Branch the following Sunday about my life having been spared on that fateful day, she tearfully shared with me this touching experience she had been given.

I know with every fiber of my being that God mercifully extended my life that day, and I am eternally thankful to Him. Had I continued walking down the middle of Arizona Avenue that day, had I not been diverted by the temptation of chips and guacamole, had that sister not listened to God’s prompting, I probably would not be writing this today, and July 16, 2003 would have been the date on the other side of the dash.

I did not return to the Santa Monica Farmer’s Market for several months after this because the thought of going made me so sad. Despite the miracle of my life having been spared, it had been a traumatic day wrought with tragedy. However, I finally did return to that guacamole vendor and shared my testimony of gratitude for God’s protection, which was cathartic for me and uplifting to the small crowd gathered. Only when I walked away did I notice the name of the stand — “Holy Guacamole.” Indeed!

How Did God Protect You?

Have you received God’s divine protection on your life? We’d love to hear about it. Click here to share.