The Case of the Missing Fitbit 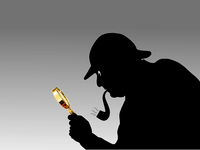 Today’s Miracle Monday is from Sister Ruth Batson, and this remarkable lost-and-found testimony reminds us of how God lovingly takes care of even the smallest things in our lives — if we ask Him to!

Alma 34 teaches us to pray for ALL things. I learned what that truly meant after an experience that God gave me recently, and I would like to share it with you.

My daughters bought me a Fitbit for my birthday, and I wore it every day. I came home from work one day and realized that I didn’t have it on.

I remembered putting it on that morning and the exact band I was wearing, but I couldn’t remember taking it off when I got home. I searched everywhere at home, in my car, and the next day at the hospital where I work. I went to the lost and found and asked the security officer if anyone had turned it in. The answer was no.

Nearly two weeks went by, and I was continuously looking in new places I thought it could be … but still nothing. I knew it could be replaced, but it wouldn’t be the same since I lost the one that the girls had given me.

The next Sunday during our testimony service, someone said that they had lost something and they said a prayer and found it. I thought at that moment that I didn’t think to do that … but I will! The next day as I said my morning prayer on my way to work, I asked God if He would help me find my Fitbit.

I got to work, and as I was walking past the lost and found, I felt to stop and ask again if anyone had turned it in. This time the security officer asked me what color it was. I told him, and he said, “Is this it?” as he held it up to show me. Yes, it was!

He proceeded to tell me that someone had brought it down from the NICU just 10 minutes prior to me stopping, which would have been the exact time that I was saying my prayer! As excited as I was to have my Fitbit back, I was even more excited that God saw fit to answer my prayer so immediately.

It was a great lesson for me and made me feel so good to know that God was so close. He cared enough to do this for me — the least I can do is praise His name by sharing it with others.

In addition to our ongoing call for Restoration testimonies, we’re keeping our monthly Miracle Monday themes. Next up, we’re going out on a limb with the theme “angels in disguise.” Have you ever received help, rescue, or just a wise word from a stranger who God sent to you? Click here to tell us about it!