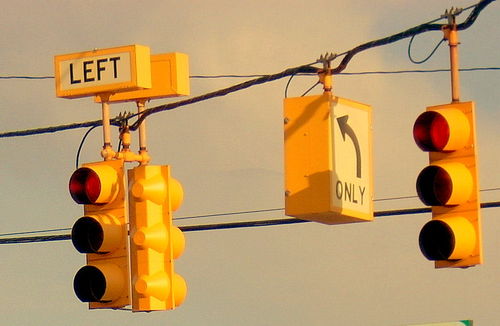 Today’s Miracle Monday was submitted by Brother Tim Scolaro, and he tells about a time when God spared him and his family from an auto accident.

One Sunday morning about 19 years ago, my wife and I, along with our three sons, started off for a trip in our van to hold a service down in Tucson, Arizona.

We had just left our home and needed to make a left turn out of our subdivision onto a busy road. As we got into the left-hand turn lane to await a green light behind a couple of other cars, I noticed someone on a motorcycle up ahead along the curb, and he was wearing bright lime green boots, which struck me as very strange. I thought the kids might like to see them, so I told them to look to the right as we moved forward.

The light changed, and the cars ahead pulled out and turned left, but instead of following them to make the turn, I slowed to get a better look at the boots. At that very instant, a vehicle sped through the intersection ahead of us, through what was a long-standing red light for him, at a very high speed.

Had I not slowed down, but followed the cars ahead directly into the intersection as I normally would have, we would have been broad-sided with an outcome I can only imagine.

We immediately thanked God for His protection and continued our trip with an especially thankful heart as we met with the saints later that day!