Paired for a Purpose 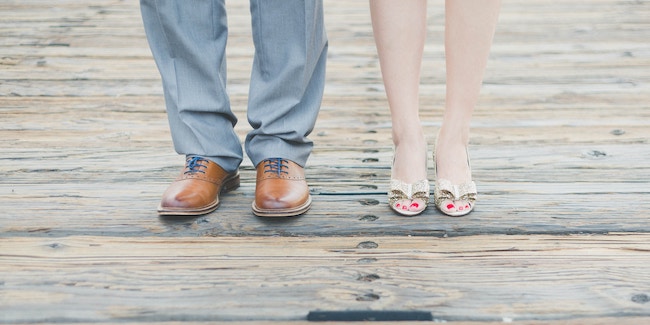 Today’s article answers the question, how did God direct you to your spouse? Here is Sister KarenJo Pandone’s testimony.

The week before the 1991 GMBA Campout, I received a phone call from the brother who was in charge of seminars asking me if I could teach a seminar for one day at the upcoming camp. First of all, I’m not a teacher, and it’s not something that comes very easy to me. Second, I was in charge of registration at the camp, and the last week is extremely busy, preparing the registration packets and getting last minute things done.

My first reaction, and also my first answer was, No! Several phone calls later, this brother persisted with his plea and said, “You won’t be alone. You’ll be teaching it with someone else. Brother Mike Pandone.”

I was raised in The Church by parents who felt motivated to attend as many church activities and conferences as possible; therefore, I knew quite a few people from numerous locations. But this was a name that wasn’t familiar to me at all. I know Pandones, but I’d never heard of this guy. Who is he? The brother went on to explain that he was from Youngstown, Ohio, and was the head deacon at this year’s camp. Eventually I broke down and said I’d help — but don’t expect too much.

What I didn’t know was that the brother in charge of seminars that year had a desire for a different couple to teach the 13-15-year-old seminar each day. As he prayed, various names would come to him, and two of those names were Michael’s and mine, although we weren’t a couple. Thus, he went with the spirit.

Fast forward to June 1992 when we became engaged.

When Michael called his parents to let them know about the engagement, his father, Brother Don Pandone, said that a brother from Ohio had given him a dream about us. The week before the 1991 Campout, this brother was praying for the young people who would be attending that year. He had a dream where he saw Michael and me getting married. He said he couldn’t remember seeing us together before but watched as our relationship developed at the camp. He wrote down the dream and gave it to Brother Don who held onto it until after our engagement, confirming our decision.

I know without a doubt in my mind that the Lord brought us together. Oh, there have been times that I’ve said, “Lord, are You really sure about this?” because we’re totally different personalities, but as the years pass — now 28 in November — we have the most important thing in common, our love for the Lord and the work of the Church. So, I guess my answer is, “Yes, the Lord knew what He had planned for us.”