Once I Was Blind 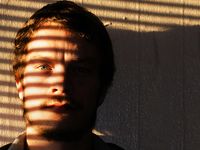 It’s History Week on the Gospel Blog! We asked General Church Historian Brother Larry Watson to select some memorable testimonies and miracles from the Church history books. Hopefully reading them here will inspire you to read the hard copies for even more blessings.

As with many evangelistic works in their early stages, miracles marked the beginning of the Muncey work. And, perhaps, more so than other people, the Native Americans have long stood in the greatest need of miracles, suffering the more troublesome ills of society and being all too well acquainted with hardship and grief. Those who accepted the Gospel witnessed the matchless Power of the Lord in dealing with their trials.

Miracles were real as the love for one another was real. There was an old blind woman who would attend regularly. Her name was Elizabeth Muskellunge. Her nephew, Angus DeLeary, was bringing her to Church every Sunday.

One Sunday circa 1936, she requested to be baptized. Brother Matthew Miller, who was in charge at that time, performed the baptism. As our new sister was immersed into the waters of the Thames River and began to come out of the water, Brother Miller wiped the water from her face with his hand. Suddenly Sister Elizabeth shouted, “I see a hand!” We, who were witnessing this baptism, were shocked and amazed as we watched her running out of the water, her eyes wide open. “I can see! I can see!” she repeated. She was dancing for joy. There were tears of joy, and songs of praise filled the air.

The news spread fast. Sister Muskellunge had been blind for 16 years. Some were doubtful at the phenomenon, but some praised God. Many came to visit her, considering what had happened a miracle. Others only thought of it as a coincidence or a temporary situation, but Sister Elizabeth could see well enough to thread a needle. Several baptisms resulted from this conversional miracle. (The Gospel News, March 1986, p. 2)