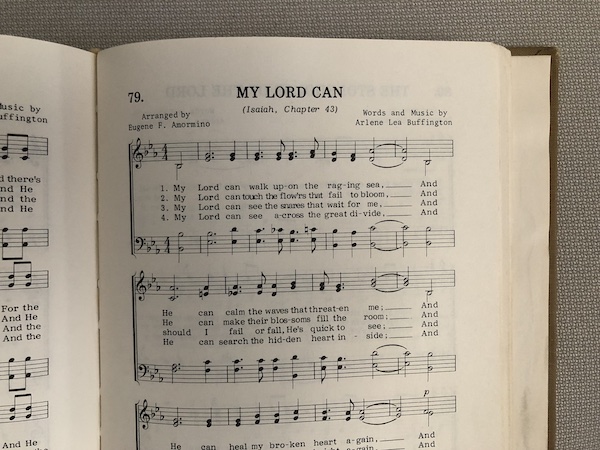 We sing songs many times and find blessings. One instance where a song became a big part of a miracle was in the summer of 2021. I was going on day five in the hospital, being treated for a kidney infection and atrial fibrillation where my heart would beat in an erratic rhythm that concerned the doctors.

The day prior, I had a procedure called a cardioversion, which was an attempt to shock my heart back into the proper rhythm, but it was unsuccessful. The nurse came into my room that morning at 6 a.m. and confirmed that I was still in atrial fibrillation, and we would be doing a second cardioversion soon.

After she left, I began to pray to the Lord, completely giving this frustrating situation to Him. No matter what needed to be done, I was at a point where I could totally give it all to Him and accept the outcome.

I began to listen to the song “My Lord Can.” The first verse says, “and He can heal my broken heart again.”

As the song played, I began to weep, becoming overwhelmed with the Spirit of God.

As the song concluded, I was given an experience and beheld my grandfather, Evangelist Meredith Griffith (who passed on to his eternal reward in 1997). He walked to the side of my bed and began to anoint my head with oil. He offered a beautiful prayer for my well-being. At the conclusion of his prayer, my body and muscles seized up as if I were filled with electricity. I then heard the voice of God speak saying, “By My power, thus saith the Lord!”

Within an hour, the nurse came into the room saying, “Great news, you’re going home! The heart monitor says your heartbeat converted into normal rhythm!” And I affirmatively said, yes, as I knew that by the power of the Lord, HE HIMSELF corrected the problem by performing the cardioversion and regulating my heartbeat.

He literally healed my broken heart that day. My Lord truly can!

Today's Miracle Monday is from Sister Terri Nath, and it happened long ago right around this time of year. On a November night 38 years ago, I was on my way home from Christmas shopping. I was driving along the river road, which is dark with no berm along the side... 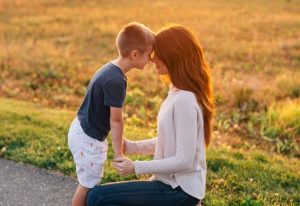 I would like to share a testimony with you, and I’m going to give away the ending of the story: My prayer was answered. So, now that you know there’s a happy ending, let me tell you the rest of the story… Recently, my son was going through a health trial. At first,...