My First Trip to Guatemala 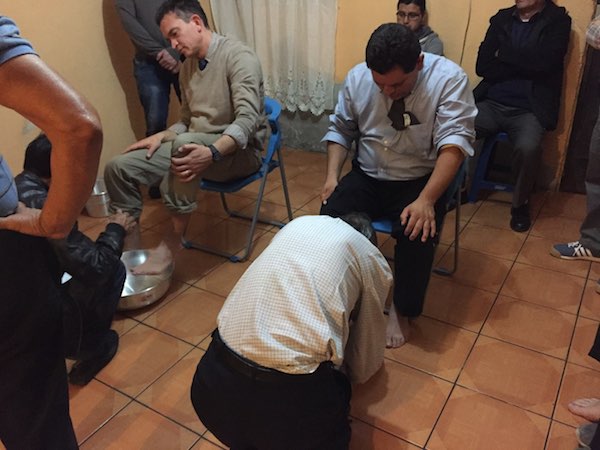 In mid-November 2017, I made my first missionary trip to Guatemala with five others from the U.S. We were all in country by Thursday night, with our itinerary starting first thing Friday morning. We would go pretty much non-stop from that point until our departure on Tuesday morning.

Currently, we have two groups of saints in Guatemala City and San Mateo, a small town just west of Quetzaltenango. Neither group has a resident minister yet, so we held a communion service in each location and had feet washing in Guatemala City to ensure the saints could partake in these two blessed ordinances.

Here are some highlights from the four full days:

While traveling there, one of the brothers had a vision. He saw each of the missionaries traveling on different planes. The Holy Spirit descended from heaven and filled each to capacity. When they were all together in country, a heavenly cart came down full of tools. Each missionary took a few to use during the trip.

When visiting with two families in San Mateo, multiple people were anointed. The next day, one of those, a woman who has been visiting the church over the last several months, said she was healed of her head, neck, and shoulder pain.

During an evening class in San Mateo, we were discussing a chapter of the New Members Guide, and one of the brothers received a delayed text from home. His wife, who is not a member of the church, was having breathing troubles due to her asthma and had gone to urgent care. She asked that a prayer be said for her. One of the resident brothers offered a prayer. Immediately after the prayer, a text was received and our brother’s wife said she was home. Also, one of the missionaries stated the he had a vision during the prayer that he saw Christ breathing into her lungs.

We anointed a young boy in the hospital of a town where no missionaries had previously visited. The 10-month-old of a family member visiting the sick boy was blessed as well.

The visiting brothers were invited to speak at the quienceañera for a young girl whose family has been visiting the church in San Mateo (the same family of the woman who was healed as mentioned above). Over 70 people, most of whom had never been exposed to the church before, heard the preaching of the Lord’s ministry.

Prior to leaving San Mateo, five of the missionaries climbed halfway up a nearby mountain to pray, and one of the brothers had a vision where a square foundation about 2 feet high came out of the ground. Fire from heaven came down creating walls above the foundation. As this was being seen, one of the other brothers was praying that fire would come down as it did when Christ was upon this land.

At the Sunday service in Guatemala City, there were 50+ in attendance in the home of one of the resident families. Five children were also blessed.

After visiting with a family who was introduced to the church a few trips ago, a short service was held. After closing in prayer, a sister saw the face of a native woman who looked serious but had eyes full of love. One of the Brothers was given the interpretation; the woman represented the church, and it is serious and full of love. The interpretation was relayed to those in attendance in Spanish; however, one of the brothers heard it said in English.

One of the former members from Guatemala City who now lives in San Mateo asked to be reinstated.

Personally, the greatest experience for me came during the Monday evening service in the city. From the very beginning, I felt the Spirit of God in a way I never had before. I can’t really describe it in words, but it was very powerful. It’s my hope that everyone is able to experience that.

It was a wonderful trip, and I hope to take many more. Please remember this work and all the missionary efforts of the church in prayer.

The Spirit I felt during the communion and feet washing service we held Monday night was more powerful than I have ever felt in my life. We met in the same home as we did Sunday night, only this time there were about 15 in attendance. It was quaint and very similar in style to meetings we have here in Houston when we get visitors from the Ft. Worth Branch. When we started singing, the Spirit and Love of God began to fall upon me. The entire evening was devoted to praising Jesus Christ for His sacrifice and love for us, and we expressed our love for Him and each other through the ordinances. The Spirit was upon me the strongest while washing the feet of one of our Brothers from Guatemala City. While neither of us could understand the prayer of the other — he only speaks Spanish and I only speak English — we made a lasting connection that night. I hope that everyone can at some point experience what I felt that night. 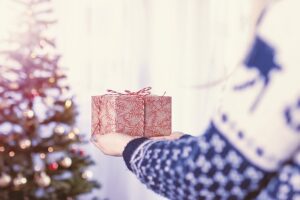