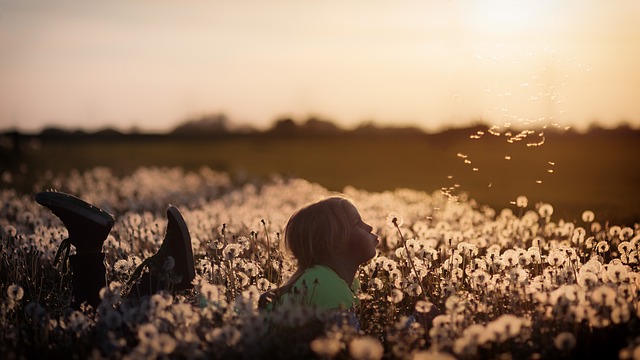 Today, we’re sharing a Miracle Monday that was first published on April 15, 2013 and submitted by Sister Doreen Dino.

When my oldest daughter Francesca was 8 years old, I received a call from her teacher who said that she fainted in class. When I got to school, she was in the nurse’s office lying there and looking very pale. After a conversation with the school staff about what had happened, my initial thought was that she had had a seizure. Unfortunately I was right. After having several more seizures and many tests, the diagnosis was confirmed: epilepsy.

As my husband and I sat in the doctor’s office that day, and as the doctor said the words, I was in shock. It didn’t make any sense to me. She looked like a perfectly healthy, normal little girl. All I could think about were all “normal” things she would not be able to do, like succeed in school or get her driver’s license.

I refused to believe that this was the life that God had intended for her — even after friends told me to find a support group for parents of children with epilepsy.

I had the greatest support group ever, my brothers and sisters in the church, and they did not let me down. One night, when I was at my lowest point, I had a dream.

In this dream, my family and I walked into a room that was filled with the brothers and sisters. I saw many people I knew. I looked and saw Brother Isaac Smith anointing Brother Joe Calabrese. Then I saw Brother Joe anointing my daughter. I awoke and knew that we had to go to GMBA Campout in Flagstaff, Arizona, and there I would ask Brother Joe to anoint my daughter.

We went to camp, and Brother Joe anointed my daughter and asked God for a miracle. God heard his prayer. Francesca never did have another seizure.

Our neurologist told us that she had to be seizure-free for two years before he would take her off her anti-seizure medication. At the end of each appointment, the doctor would always seem puzzled. He could not explain why she was not having seizures while taking such a small amount of medication. God was in the matter there as well.

One day, the doctor called and told me that the medication she was taking was initially thought to be safe, but it was causing severe learning problems in children. Thank God, Francesca never experienced any of those problems. After two years, Francesca was retested, and this time the tests came back normal. This March marks eight years since she had her last seizure.

Francesca is a healthy 16-year-old sophomore in high school with a 3.8 GPA. She plays the French horn and last month she got her driver’s license.

How can I ever sufficiently praise God for healing my daughter and for a testimony to share with others?

Did today’s testimony inspire you to share your own story of what God has done in your life? We’d love to hear about it. Click here to tell us, and we’ll feature your testimony on a future Miracle Monday.