To Live Is Christ, To Die Is Gain 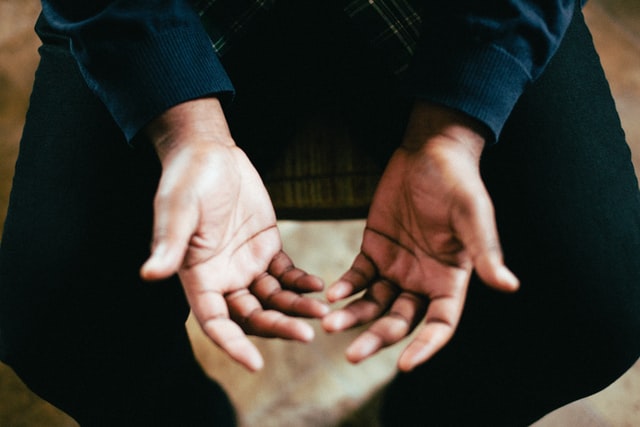 Today’s article is part of Brother Jerry Valenti’s series on the life of Jesus.

The time is approaching for the birth of Jesus Christ. Joseph and Mary are on their way to Bethlehem. Although nobody else in Bethlehem is aware of what is about to occur, there will be many people there who will witness the blessed event in just a few days.

However, on the other side of the world in the Americas, there is nobody who can follow these events firsthand. The people there — known as the Nephites — will need a “sign” to let them know when the Son of God is born.

Five years ago, a man named Samuel the Lamanite told them what sign to look for: a day, a night and a day with no darkness. Samuel said the sign would appear in five years. The people who believed that he spoke a true prophecy from God are expecting the sign to appear any day now.

However, there are also unbelievers in the city, and these people have reached the point where they no longer want to hear about this sign.

So, in order to eliminate the expression of this clearly unscientific way of thinking, all videos of Samuel the Lamanite are removed from social media (or would have been if videos and social media existed then) and the unbelievers push for everyone to acknowledge that the prophecy is false. In fact, they decide on a harsh penalty for those who refuse to deny this prophecy:

“There was a day set apart by the unbelievers, that all those who believed…should be put to death except the sign should come to pass, which had been given by Samuel the prophet.” (3 Nephi 1:9)

The believers now have a choice — they can renounce their belief and save their lives, or they can stand firm and risk being executed if the sign doesn’t appear in time.

Although some consider it unwise to risk their lives for their faith, many of the Nephites stand firm, considering it a win-win situation — either the sign will appear to indicate that Christ has come, or they will die and go to be with God.

Each of these true believers takes the position of Philippians 1:21:

“For to me to live is Christ, and to die is gain.”

When challenges to following Christ come our way today, are we able to face such challenges in a similar manner? Can we stand for the Lord and follow Him regardless of potentially unfavorable outcomes?

Regardless of serious illnesses that threaten to alter our lives?

Regardless of what can happen if we violate political correctness?

Regardless of censorship or cancel culture?

Even regardless of the threat of death (if it comes to that) for standing with Christ?

Our faith should bolster our courage in serving God. We don’t have to have a death wish, but it helps to know that even death just means that the time has arrived to inherit our mansion in heaven — so, it truly can be said that to die is gain.

But, oh, what a blessing when God chooses to intervene on our behalf! When our life is spared or we are protected or provided for in a miraculous way! And, while we are grateful for any miracle that comes our way, it is especially gratifying when it happens in conjunction with us exercising our faith. When we have a choice between “playing it safe” or stepping out on faith and we choose the latter and God intervenes to show that we made the right choice — this is a blessing that cannot be contained!

Such as what happens to Nephi and the other Nephites when they choose to risk their lives rather than to deny their belief that Christ is coming. The night before the blessed birth is to occur, the Lord speaks to Nephi, saying:

“Lift up your head and be of good cheer; for behold, the time is at hand, and on this night shall the sign be given, and on the morrow come I into the world, to show unto the world that I will fulfill all that which I have caused to be spoken by the mouth of my holy prophets.” (3 Nephi 1:13)

And the sign appears exactly as prophesied, signifying the birth of Jesus Christ, the Son of God.

We don’t have to risk having to experience that empty feeling today. Continue to have faith in God in all things. Don’t let unbelievers influence you. Don’t be swayed by the wisdom of the world.

When you trust in God, you win no matter what happens — you either get an even more blessed life here or an incredibly blessed life there. Or, to put it another way — To live is Christ, to die is gain.