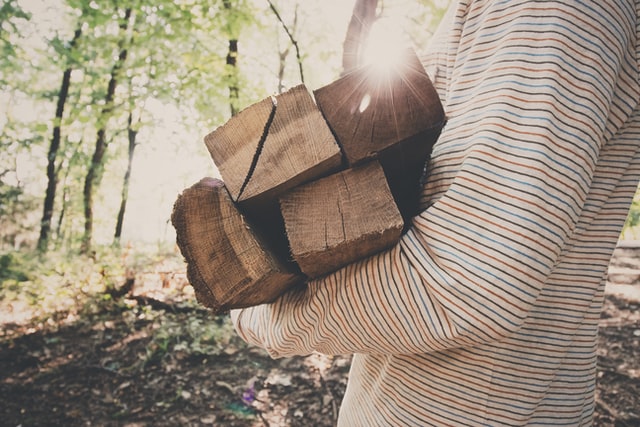 Today’s Miracle Monday is a reprint from way, way back: 2012. It’s an experience had by Sister Vicki Ali and her family.

Fall is just around the corner. One of my husband’s favorite things about the season is that it ushers in the time of year when our fireplace comes to life again. Whether indoors in our family room, in our outdoor fire pit, or even the chiminea on our deck, Larry loves to end a day by starting a relaxing “burn” as he calls it. He set aside time one afternoon to split some firewood donated by family and friends to support his addiction.

Our (then) 11-year-old son, Logan, loved to help with this chore. He had a mini version of his dad’s splitting maul, and Larry allowed him to split some smaller logs. After a few minutes into it, Logan took a break from his work and stopped to watch his dad. Out of the corner of his eye, Larry noticed him standing a few feet in front of him and was concerned that some of the wood might splinter and hit Logan in the eye, so he asked him to step aside and out of the way to the left.

Larry raised his arm over his head and brought down the maul on the log, but he did not notice how or if the wood splintered — because, to his horror, the 8-pound solid steel block at the top of the tool broke off the handle and flew directly to the spot where Logan had been standing just a few minutes before.

At the time, Larry had been unemployed for over a year. The Lord was good to us and sustained us throughout the trial, but there were times when discouragement set in, and the weeks leading up to this event had been difficult for our family. Before splitting firewood that day, Larry had been praying for direction, strength, and to somehow know the Lord was still with him.

I am thankful that God answered that prayer very clearly that day. We knew without a doubt that God was watching over our family, and He is still watching over us.

He’s Still Here (No Matter What)

The fact that God protected Sister Vicki’s son is a miracle in itself. But it means even more because she was vulnerable enough to share the larger context within which this story takes place. The miracle was also a pointed answer to prayer in the midst of a big trial for their family. It can be hard to open up about the ways in which God has worked in our lives, but that’s what Miracle Monday is all about. Contribute your story here, and we will share it so that others can rejoice with you. 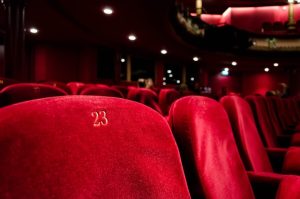 Once, I won a contest that sent our family to a Pittsburgh Pirates game in seats smack-dab behind the dugout. PNC Park is lauded as one of the most beautiful baseball stadiums in MLB, so there aren’t any bad seats, as the stunning Pittsburgh skyline envelops fans... 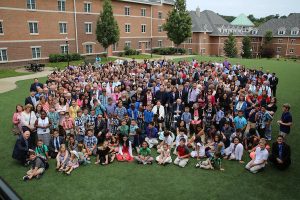