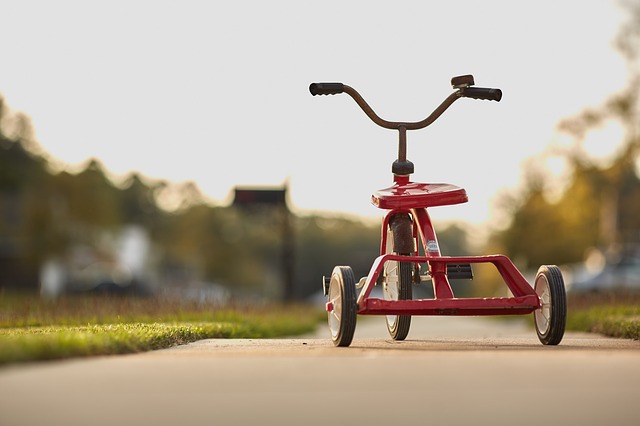 Today’s Miracle Monday is a testimony from Sister Lydia Zaino in response to our question, “How has God helped your children?”

God has blessed my family in so many ways I could never repay Him, but since we are speaking about children, I would like to share with you one of God’s blessings that he did for our son, Michael, when he was about 4 years old and in preschool.

We had a meeting with his teacher, and she told us that he wasn’t speaking in class at all and that he would sit in the corner very content by himself and would not intermingle with the other kids. He would hardly answer the teachers and would just keep his head down. She was very concerned about him and wanted to have him tested for various things.

Well, I fought this because I told her that he was fine at home. He was a typical 4-year-old, always playing with his brother and sister. He speaks (and yells) very well at home, so I did not know what she was talking about.

Before any testing was done, at that time, I had just started visiting the Church in New Brunswick, New Jersey, and on that following Sunday, a sister asked me, “Why don’t you have Michael anointed?” I thought, well, OK, that sounds fine. This was only my second time visiting the Church. Michael was anointed and I felt such a Spirit in that sincere prayer, and I thought, Oh, wow, that was beautiful.

So, the week went by, and I did not give any thought to the fact that Michael had been anointed. By the end of the following week, I received a call from his teacher, and she asked, “What did you do to your son?” I got very defensive and asked, “What do you mean? I did not do anything to him.”

She said that he came into school on Monday and he was sitting with the other children and speaking a little and answering the teachers. He was the complete opposite of what he was the week before. When I hung up, I felt the Sprit of God touch me, and I could not stop crying. I remembered then that he was anointed and realized that God heard the prayers for Michael.

From that day forward, Michael had few struggles in school. As he got older, I noticed also that as he would read the Bible and Book of Mormon, and he never had an issue understanding God’s Word. I cannot thank God enough for where he brought Michael from to where he is today.

Where Has God Brought You From?

Did today’s Miracle Monday remind you of how God brought you from point A to B? He can transform us in such dramatic ways. Do you want to share your testimony? Click here to do so.