From Wreck to Worship 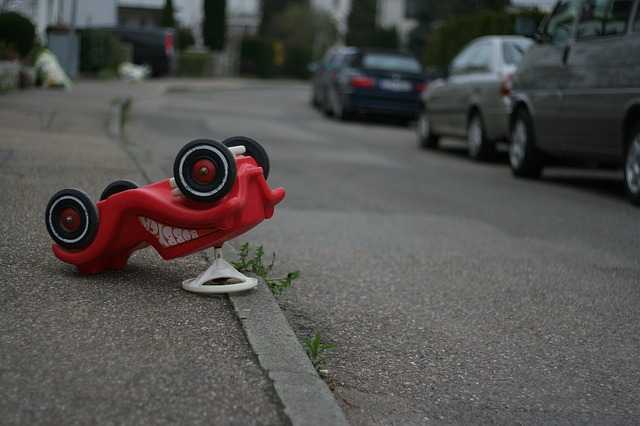 On Sunday, Dec. 13, 2009, I was driving across a small bridge and found myself on black ice. The car began to skid, and as I drove off the bridge, the car fishtailed, crossed the oncoming lane, and hit a guardrail head-on. The impact was so severe that the rear tires lifted off the road.

At this point, I had no doubt that the car was going to flip over the guardrail. Had this happened, I would have rolled down an embankment and landed in water. Of course, I was praying from the moment the car began to skid. God heard the prayers and intervened.

The rear tires came down and the car began to spin completely out of control. I hit the same guardrail three more times (rear end, front end, rear end) until I finally was able to stop the car across the two lanes of the road.

The miracles had already begun on the road:

Unfortunately, I did get hurt. When the car lifted from the ground, both knees hit the steering column. My left knee was badly bruised, but the right knee was broken. I was in a lot of pain and couldn’t put any weight on the right leg. I was taken by ambulance to the hospital.

While I was in the ER, my knee was throbbing from the pain, and I wasn’t given any medication for relief. At approximately 11:30 a.m., I realized that the pain was gone. I looked at the clock and saw what time it was and realized that everyone was in church. Later that day, I was told that a prayer was offered for me at about 11:20 a.m. It was 10 minutes later when I realized the pain was gone! Thank God!

The pain was gone, but the CAT scan showed the break; my knee cap crushed the bone that it rests on. The first orthopedic doctor I saw was very discouraging. He told me that I would have surgery by the end of the week and would have problems with that knee for the rest of my life.

I would be in constant pain and would limp. I informed this doctor that I have a strong belief in God and that, whether I had surgery or not, I would be walking again. God would take away the pain, and I would not be limping. I know that the Lord put the words in my mouth, as I would never have been so bold.

Four days later, I saw the orthopedic surgeon. He was amazed that I wasn’t in pain — just discomfort. He was even more amazed that I could lift my leg. He just kept saying, “That’s not possible.” He told me that he didn’t know what to do with me before he came in the room because I was too young for a full knee replacement, but a plate to stabilize my knee would have been problematic as I already had arthritis in that knee.

After talking to me, he decided to hold off for a few weeks rather than rushing me into surgery. When I returned for my next visit, he was again amazed at my progress and told me that he was so glad we didn’t do the surgery. After some physical therapy over the next several months, I was walking better than I had been prior to the accident. Thank God!

Let’s Hear From YOU!

Things have been slow for our Miracle Monday column lately. If you’ve been thinking about sending in a story of God’s goodness, then now’s the perfect time. Click here to submit via our online form, or email us.