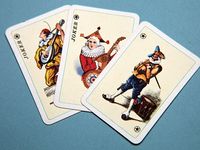 Throughout the Book of Mormon there are several instances where men with evil intentions deceived many people. All of them were out for power and spoke flattering words to get people to follow them. One such person was Amalickiah. Alma 46 and 47 describe him and what lengths he went to in order to become a king.

First, he started out as the leader of the opposition against the church and standing government of the Nephites. Moroni, the young commander of the Nephite army, saw this and would not stand for it. He created the Title of Liberty and gathered as many as would fight with him to protect the church and the liberty they enjoyed. Amalickiah, seeing that his forces were outnumbered, took whoever would go with him into the wilderness to the land of Nephi. It is here that we see how determined he was to become king.

In a short time, he became the army’s commander and then became second in command to a group of army dissenters he allowed to take over his original army. He had the new commander poisoned, had the king killed upon returning back to the capital with the newly combined forces, and married the widowed queen to become king of the Lamanites. From here, he mounted a long war with the Nephites in which he was killed and the Nephites prevailed. In the process, he took many, many people down with him, both naturally and spiritually.

There are many today throughout the world who are vying for power and trying to persuade people to join them. Some go to the lengths that Amalickiah did in terms of bloodshed and war. Here in the United States, our population is divided on many, many issues, both spiritual and secular. Some say that their way is right and the others are wrong. The other side says the exact opposite. In many cases, neither of the two is God’s way.

Today we live in times that, to me, mirror those of old. History is bound to repeat itself unless we learn from it, so instead of listening to worldly leaders rail on about different topics, I’m going to be like Moroni who created a flag that said, “In memory of our God, our religion, and freedom, and our peace, our wives, and our children.” This is God’s way, and if I stand for His way, I cannot be deceived.