Confirming the Truth of the Restored Gospel 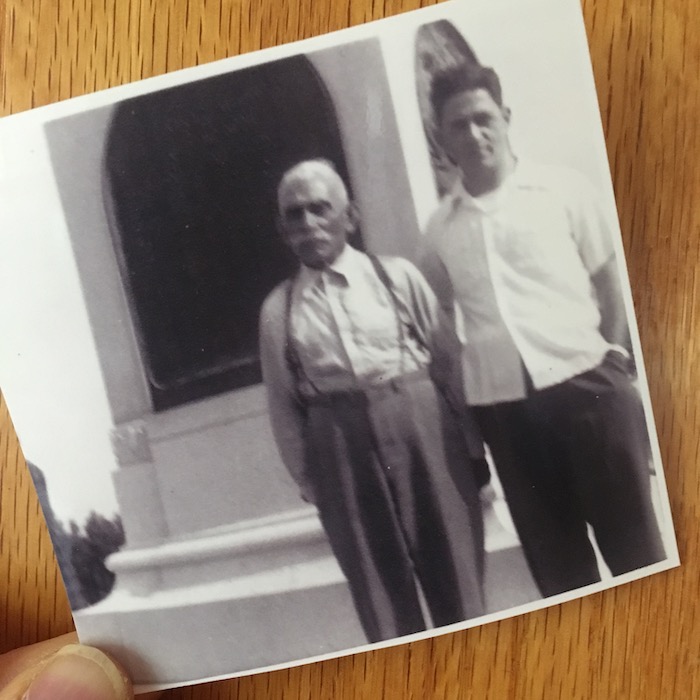 Today’s Miracle Monday is a miraculous experience that we took from a sermon preached by the late Brother Joseph Calabrese. Thanks to Sister Bonnie Smith, we can even share with you the original audio excerpt of the sermon in which Brother Joe shares this story so you can hear him tell it in his own words.

The audio player appears just below the written summary. (Subscribers who are reading on email might have to click on the title of this post and go to the website in order to listen.)

Brother Joe went on to explain that his own father, Brother Antonio Calabrese, was growing advanced in years — about 79 years old — and wanted to be convinced of the truth of the restoration. He asked his son, Brother Joe, to take him to Palmyra, New York, to see where it all started.

It took them three days to drive there, and when they arrived, they saw that there was some type of convention happening, so there were lots of tourists and guides showing visitors around the premises.

On their tour, they were taken to the hillside where Joseph Smith received the brass plates. The guide said, “This is the approximate spot where the angel gave the plates to Joseph.” Brother Joe’s dad, Brother Antonio, spoke in the gift of tongues, and the interpretation was that it was true.

From there, they went down to the house, and they saw the spot where Joseph Smith and Oliver Cowdery translated the plates. The guide said, “This is the place where the plates were translated from reformed Egyptian into English.” Again, Brother Antonio spoke in the gift of tongues, confirming the truth of what they were seeing and hearing.

Then they walked across the farm to the grove of trees, and the guide was telling how, in this location, Joseph Smith saw a vision and heard the voice of God say, “This is my beloved Son, in whom I am well pleased.” Brother Antonio spoke in the gift of tongues a third time, confirming that it was all true.

As they were walking out of the grove, Brother Antonio turned to his son and asked, “Do you have anything to eat?” Brother Joe had noticed — but didn’t say anything — that his father hadn’t eaten anything since they left the house three days prior. He had fasted and prayed that the evidence of the restored gospel would be made clear and plain to him. He felt that the three confirmations through tongues, given by God, were a complete answer to his request.

Click below to listen to a seven-minute clip in which Brother Joe tells this experience and explains it in his own words. (By the way, the photo at the top of this article was taken of the two men at the Hill Cumorah on the same trip that these events took place.)

Do you have a similar experience where God revealed to you the truth of the restored gospel? We’d love to hear it and share it on a future Miracle Monday. Click here to share it with us.