Built by God’s Design and Planning 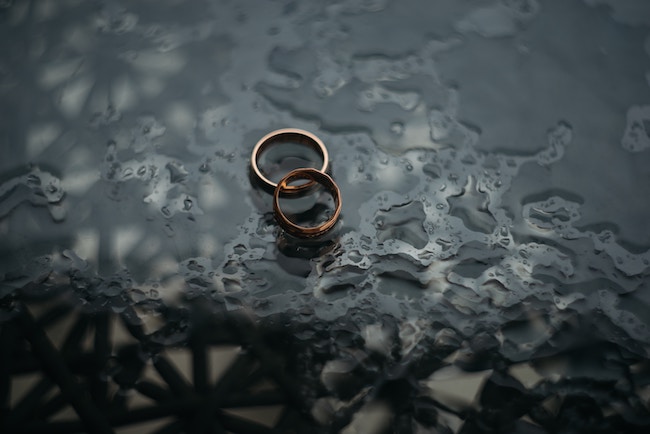 Today, we’re bringing you two Miracle Monday testimonies that respond to this month’s question, “How did God direct you to your spouse?”

Dan and I met for the first time at GMBA Camp in 2005. I was 16, and he was 19. We long-distance dated between Pittsburgh and Phoenix, but it didn’t work out for us that time.

We kept in touch over the years and reconnected at another GMBA Camp in 2013. At that camp, we decided to start reading a chapter a day of The Book of Mormon and then discuss what we read. Not only did that force us to talk on the phone every day, but it also brought us closer to God together.

After a few months of talking as friends, we decided to give dating another try. Unfortunately, the spark just wasn’t there for us that time either!

I began to pray that God would make things work out for us because Dan and I both knew we loved each other. I prayed this prayer every day for a year — without anyone knowing — and had the chance to go to Arizona to visit Dan in January 2015.

Thankfully, God heard my prayers, and ever since then, we knew that He had a plan for us to be together.

Dan was offered a job (that he never applied for) in Pittsburgh and moved in the summer of 2015. We were married a year later and have been blessed so greatly over the last three and a half years!

I first met Robert Stigleman, Sr., when a tire on my car kept going flat. He fixed my tire and fixed something else minor as well. Robert had my address and phone number on the repair bill and decided to take a chance on calling me. He was a really nice fella, so I accepted each call. Then, one night, I was involved in an auto accident. It was only sensible, since Robert worked at a gas station, that I should call him for assistance.

Robert not only towed the car, but he loaned me his car to go for a job interview that I had the following day. I was hired and now found myself without transportation to begin my new job. Robert allowed me to keep his car until mine came back completely repaired. He walked to work.

That’s not the “how God brought us together” part, though. It took seven years and a very loving brother in Christ, Eugene Amormino, to reveal a secret that my husband never shared with me.

Robert used to drive by The Church of Jesus Christ located on the corner of Three Mile Drive and Harper in Detroit, almost on a daily basis. While driving by, he often thought that one day he’d like to see what that church is like. Going to church turned out to be our first actual date. I explained to Robert that if he couldn’t accept my church, then I didn’t want to continue building our relationship.

About a year and a half after we married, Robert asked to be baptized. We spent nearly 25 years together as husband and wife before God called him home.

With St. Patrick’s Day and the “luck of the Irish” in the month of March, so many people attribute events or things that happen in our lives simply to luck. Believers in Christ know that it’s never a matter of luck. God has a plan and a purpose for our life, so He protects us.

Our Miracle Monday request for the month of March is for you to share your testimonies of how God protected you in any form of accident, whether it was a close call or how your life was spared. Click here to share your story!