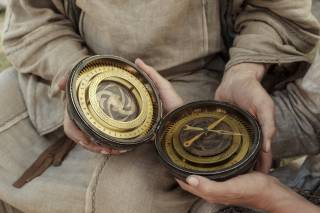 “And it came to pass that as my father arose in the morning, and went forth to the tent door, to his great astonishment he beheld on the ground a round ball of curious workmanship; and it was of fine brass. And within the ball were two spindles; and the one pointed the way wither we should go in the wilderness.” (1 Nephi 16:10)

Have you ever been lost?

On a trip many years ago—before iPhones and GPS’s—Sister Lynda and I made a trip to Florida. We were staying in Orlando but wanted to make a day trip to Kennedy Space Center. We got on the highway going in what we thought was an easterly direction. As I was driving, I started to see signs and advertisements for the Gulf of Mexico, but I ignored them. By the time I realized what had happened, we were nearly on the opposite side of the state. To say the least, I was very upset. We lost the entire day. We needed to turn around and head toward Cape Kennedy the following day. Wasted energy, wasted time

If I only had a compass.

When Lehi received the “ball” or “director,” as it was called, it became the people’s greatest asset, especially navigating unknown areas as they traveled to the promised land. The needles showed them the direction they should travel in the wilderness and where to find food. The writings on the ball changed from time to time, teaching them the ways of the Lord.

This compass was one of the important Book of Mormon items that were kept together.

Mosiah 1:16 tells us “And moreover, he also gave him charge concerning the records which were engraven on the plates of brass; and also the plates of Nephi; and also, the sword of Laban, and the ball or director, which led our fathers through the wilderness, which was prepared by the hand of the Lord that thereby they might be led, every one according to the heed and diligence which they gave unto him.”

Later on, Mosiah would add the Interpreters (Mosiah 28:20) and these all would travel with each other until they landed in the Restoration.

The Liahona was alive, and its spindles and changing words worked according to the faith and diligence of the people. The Liahona was a representation of the words of Christ.

Alma 37:45 says, “And now I say, is there not a type in this thing? For just as surely as this director did bring our fathers, by following its course, to the Promised Land, shall the words of Christ, if we follow their course, carry us beyond this vale of sorrow into a far better land of promise in this life.”

So then, the words of Christ must also be alive in us, working to give us daily direction, maneuvering us through this world to bring us into the world to come.

In an experience many years ago, Brother John Buffa told me that my blessings would be directly proportional to my knowledge of the word of God.

Next time you feel a little lost, not sure what is next…

As the Liahona led the Nephites through the wilderness to a land of promise, so shall the words of Christ lead us ultimately into the paradise of God. 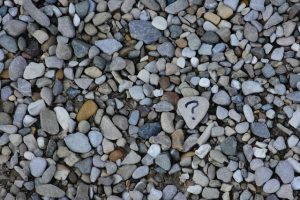 And it came to pass: What do you desire?

"And It Came to Pass” Today's article is the first in a three-part series: 1. The question 2. The answer 3. The reality.  We will explore these over the next three blogs. First, the question.  "And it came to pass when Jesus had said these words, he spake...