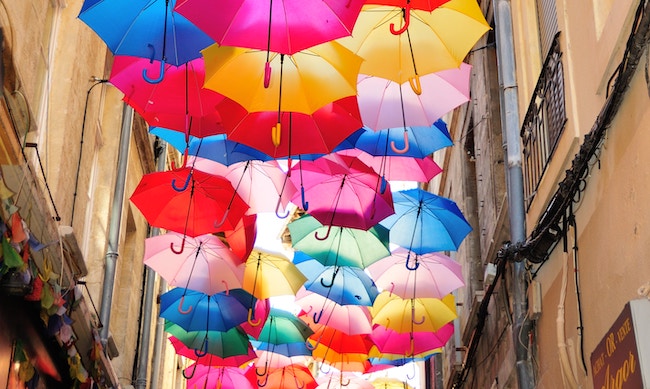 In Matthew 10, Jesus gives His twelve apostles instructions regarding going out into the various cities to share His gospel. He tells them to preach, heal the sick, cast out devils, etc. He also tells them to stay in the homes of whichever families would be willing to receive them, commenting that such hospitable families would receive “a righteous man’s reward” (Matthew 10:41).

For example, in the scripture above, suppose a natural disaster would have hit one of the cities and God allowed it to miss the house where His disciple was staying. The entire household would then benefit from this intervention intended to preserve the righteous man — they would all have received the righteous man’s reward.

Whether we realize it or not, God’s blessings to each of us can extend to other people who are probably not even aware they are receiving them. For example:

Helaman 13 introduces a man named Samuel the Lamanite. Samuel has been sent by God to preach to a Nephite nation that has become quite wicked. In the midst of berating the Nephites about casting out the prophets and relying on their riches, he lets them know about a righteous man’s reward they are undeservedly receiving:

“Behold, if it were not for the righteous who are in this great city, behold [God] would cause that fire should come down out of heaven and destroy it. But behold, it is for the righteous’ sake that it is spared.” (Helaman 13:13-14)

In their wickedness, the Nephites likely resented the people trying to live righteously among them. What an eye-opener to be informed that the only thing separating them from fire coming down from heaven was these righteous people. To drive the point home further, Samuel tells them, “When ye shall cast out the righteous from among you, then shall ye be ripe for destruction” (verse 14).

For any of the righteous people hearing the words of Samuel, it had to make them feel good to know that God valued them enough to spare a wicked city just because they were living there.

Also, in case they were wondering why God was allowing the wicked to seemingly get away with their wickedness, this gave them the insight that He was in fact sparing the righteous and, in the process, extending a righteous man’s reward to the Nephites, which gave them extra time to repent of their sins and save their city.

Hopefully, we can see the parallels to our own time. With sin abounding all about us, we may wonder sometimes why God isn’t raining down destruction upon the land. Although we know there will eventually be destruction as part of the plan of God, let’s be thankful that God is sparing us at this time. And, for the people who are being spared purely as a result of receiving a righteous man’s reward, let’s pray for them and do our best to share the gospel with them such that as many as possible can take advantage of the opportunity to repent and receive salvation in the time that remains.