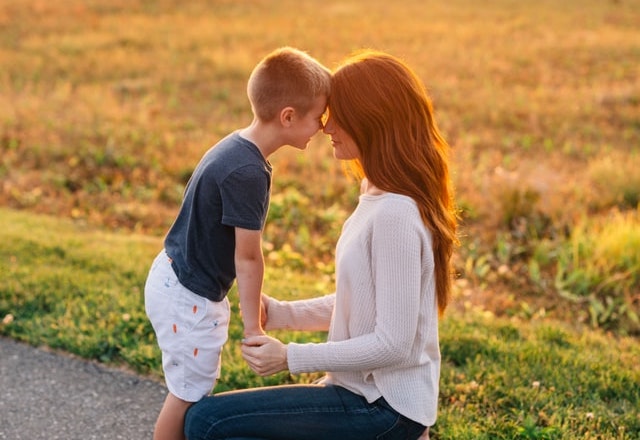 I would like to share a testimony with you, and I’m going to give away the ending of the story: My prayer was answered.

So, now that you know there’s a happy ending, let me tell you the rest of the story…

Recently, my son was going through a health trial. At first, we tried to handle things on our own with natural methods and dietary changes. Then, we sought out doctors, specialists, nutritionists, and the like. While we gained valuable information and guidance, his health continued to decline.

He had been anointed several times, and we quickly realized that this was becoming a bigger problem than any of us wanted to admit.

My once healthy boy was rapidly losing weight, losing muscle, losing strength. He was in daily discomfort and often had stomach pain after every meal. We continued to petition the Lord.

On one occasion, we were praying and the Word of the Lord came forth saying, “Step forward in faith, My Son, and I will be with you, thus saith the Lord.”

We took great comfort in knowing the Lord knew his plight and He would be with him. Our family continued fasting and praying for the situation.

One particular night, he told us that he was in extreme pain—the worst it had ever been. My husband anointed him before bed. Everyone went to bed, having faith in the anointing, and trusting God would deliver. But as a mother, I could not sleep. I could not rest knowing my child was in pain.

I went boldly before the Lord in prayer, knowing with a surety that I was not asking anything amiss. As a mother who fiercely loves her child, I know the Lord loves my child even more than I can comprehend!

I decided to go to my son’s room, and I told him that I would stay and pray with him until the pain went away. I knelt down and began to pour my heart out to God. I prayed aloud, so he could hear my supplication.

I praised God for his life…his childhood…his schooling…his blessings…his needs…I prayed for the health of his body, but even more so, the welfare of his soul…for his future…for his place and purpose in God’s kingdom.

As I prayed, my son began to relax. He was listening. He was praying along with me. And, after praying aloud for almost two hours, my son fell asleep.

When he awoke in the morning, he was pleased to tell us he had no pain. And brothers and sisters, he has NEVER had that pain again!

We praise God that, almost a year later, he is thriving again. His health is being restored, and we give God all the honor and glory. And though I know it wasn’t just one prayer that did the trick, it was an experience for me in exercising boldness and faith in prayer. I just knew the Lord would not deny a mother’s sincere prayer! Thank you, Lord!

“Let us therefore come boldly unto the throne of grace, that we may obtain mercy, and find grace to help in time of need.” (Hebrews 4:16)