Your Role in the Church Is Important 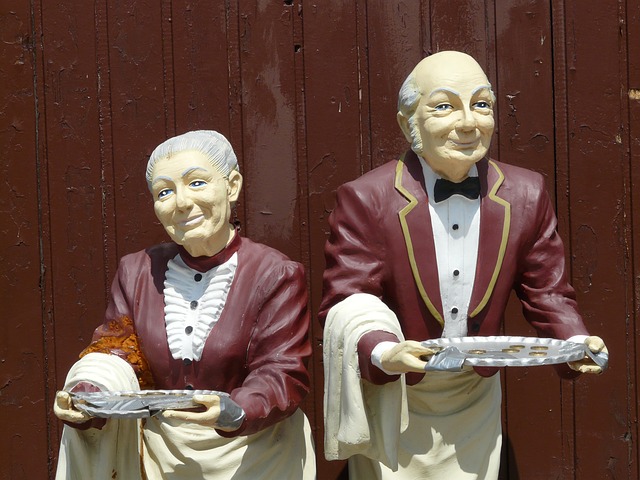 Some people love being in the limelight. Many people want positions of power and authority. Just about everyone wants to be appreciated for their efforts. No one wants to be taken for granted.

And then there are the people of the world…

Amazingly, Christians everywhere struggle with both pride and self-esteem issues, even when it comes to serving the Lord and His Church. The spotlight shining on good works tempts egos to inflate. On the other hand, hard work that goes unnoticed can be demoralizing. This is especially true when it comes to doling out rewards. It seems some get “promoted” faster than others doing the same work. Depending on several criteria, recognizing Christian service isn’t always handled as objectively as it should.

Some would argue, “That’s OK, God sees it all.” And He does. For example, Matthew 20 records a parable Jesus told about the various laborers hired to work in the vineyard. Regardless of when they started, or what they accomplished, each received the contracted wage. Indeed, God is fair. But that doesn’t always apply to us as humans.

In 1 Samuel 30, David and his small army had returned to their home base in Ziklag shortly after the Amalekites had invaded and burned it. They had also taken all the valuables as spoil, including the families of David and his 600 men. Needless to say, they were all heartbroken and wept until they were spent.

After consulting with the Lord, David and his troops began to pursue the Amalekites who now had about a five-day head start. Shortly after setting out, 200 of David’s men were too weak to continue, most likely from the sadness of losing their families. David left them at the brook Besor to watch after their “stuff” while the remaining 400 continued on. Soon, David’s army overtook the Amalekites, reclaimed everything that had been taken, including their families, and captured the flocks and herds of the Amalekite army as profit, referred to as David’s spoil (verse 20).

As they returned to Ziklag, they found the 200 that had been left behind at the brook Besor faithfully guarding the “stuff.” The happy reunion quickly ended when David announced the spoil would be evenly shared with the 200 men that had been left behind. Even though they were not present at the actual reclaiming of their families and possessions, David recognized their contribution to the overall effort with an equal share. In fact, he made it a law that continued past his reign as king.

David recognized that every job in his army was important. Regardless of the visibility that soldier received, or the impact he had on the overall operation, each performance built upon the success of others, pulling for the same goals.

Likewise today, we should be quick to recognize that every contribution to the Church is important and should be respected. No missionary travels abroad without the support and prayers of other members and committees. No choir lifts up praise without the guidance of a director, the accompaniment of musicians, and the financial support of members for music and supplies. No presiding elder operates a branch without the support of several committees, financial contributions, and the faithful prayers of his congregation. To be sure, even those quietly, faithfully pulling weeds or emptying trash cans, regardless of their “position,” are seen and approved of by God. We should give the same approval.

We are all many members, yet one body, everyone in their place as God has seen fit (1 Cor. 12:18, 20). Rejoice that God has called you to a position — or two or three — and labor in it wholeheartedly, knowing that God, who sees all, is pleased. And always be mindful of your fellow-laborers, regardless of age, position, or tenure in the Church. Pray for them and encourage them, that together we might all bring the highest honor to our Lord and Savior.