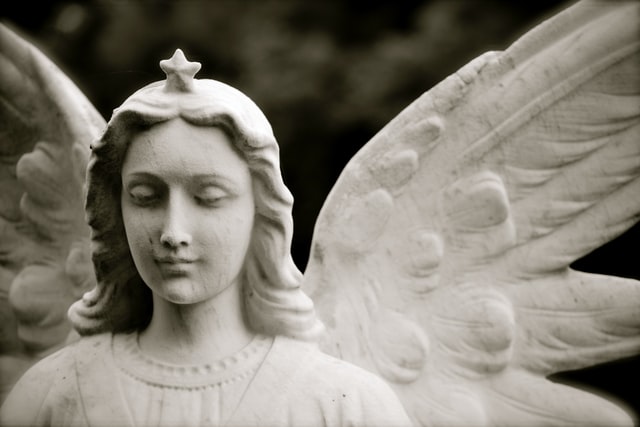 Alma 21 begins the story of another missionary trip among the Lamanite people. This time, the lead missionary is Aaron, another of the four sons of Mosiah. As the story begins, Aaron is preaching to the people, and he shares the testimony of that momentous day in his life when the angel of the Lord appeared to him and his brothers, resulting in their conversion to Christ.

However, not everyone in this particular congregation is especially impressed by this testimony. In fact, one of them gets up and angrily argues with Aaron, saying:

“What is this that thou hast testified? Hast thou seen an angel? Why do not angels appear unto us? Behold are not this people as good as thy people?” (Alma 21:5)

Although this is an angry reaction by a non-believer, there have been many believers over time — and it continues today — who sometimes struggle with the notion that only a small subset of believers are blessed with certain spiritual gifts, such as the ability to see angels in their midst.

Have you ever thought about this yourself? If so, maybe you’ve asked yourself some questions similar to the above. Continuing with the example of seeing angels, your questions may have sounded like these:

Putting all of the above together can lead to disbelief, generally in the form of “If God was going to let anybody see angels, it would be someone like me, not someone like him.”

It’s none of those. Rather, “the beholding of angels and ministering spirits [are gifts that]…come by the Spirit of Christ; and they come unto every man severally, according as he will” (Moroni 10:14,17).

Since the beholding of angels is a gift from God (among other spiritual gifts) it is not something that is earned or that is a reward for services rendered. It is purely a gift, and God decides who to give it to (according as He will). It is given “severally” (individually or independently) — this means there is no connection or inference to be drawn between who receives the gift and who doesn’t. This knowledge should free us from having to stress about “Why him and not me?” since it’s neither a reward (when given) or a judgment (when not).

A few years ago, we had a new sister in our branch who routinely saw angels sitting in each of the empty seats in our church building. However, being new, she didn’t know what to make of this, so she didn’t tell any of us what she was seeing. After a few weeks, a different sister related in her testimony that she saw angels sitting in each of the empty seats — the new sister jumped up and exclaimed, “I’m so glad you see them too! I thought I was crazy!” We often refer back to this experience, recognizing that the angels are always in attendance at our church meetings.

So, if someone in your congregation sees angels, don’t delve too deeply into why that person sees them and you don’t. Rather, be thankful for the gift to your congregation, and seek to use whatever other gifts God has given you for the edification of the body of Christ.