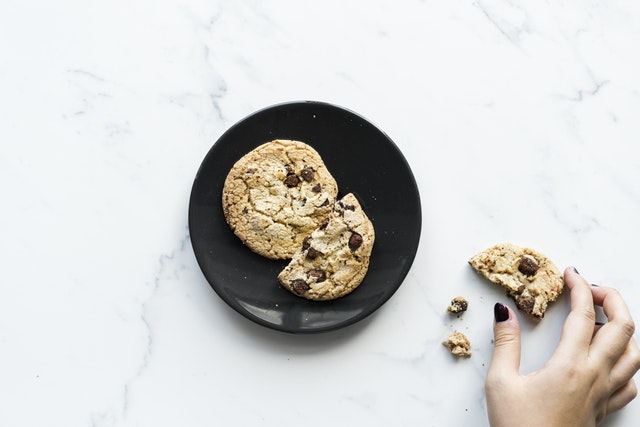 Today’s article was originally published by the Student Support Program in November 2016. Click here to read the full newsletter.

When I was a little kid, my family had a Scooby-Doo themed cookie jar that almost always had some kind of delicious pastry in it; and let’s just say that it was around this time that I learned to be very sneaky. I would wait until the TV volume was turned up, or sometimes make some other noise in the kitchen while trying to retrieve one (or more) of those mouthwatering baked goods.

Eventually, I got pretty confident until one day I was caught, and the Scooby-Doo cookie jar was no longer within my reach — literally.

I’m sure all of us, at one point in our lives, have had our hands caught in the proverbial cookie jar, although in my case it actually was a cookie jar. This could mean we were caught red-handed doing something we weren’t supposed to do, or maybe we weren’t caught at all. However, at the end of the day, our conscience, or the Holy Spirit within us, spoke to our heart and we knew that we did something wrong.

I’ve heard many times growing up that as long as you are sincere in heart and are not wanting to sin again, God will forgive you. And that’s true!

But what if we just keep doing it over and over again, all the while knowing that it’s wrong? Does there come a point when we aren’t sincere in heart about it anymore? What happens when we no longer feel guilty for our wrongdoings? Can we become deaf to the Holy Spirit that speaks to our heart, trying to tell us that what we are doing is wrong?

There comes a time if we keep disobeying God over and over and over again that He tries even harder to get our attention. Not simply because He is angry with us, but because He loves us and wants to guide us away from destruction.

In the Book of Mormon, Nephi had a tough conversation with his two older brothers, who repeatedly broke God’s commandments. In 1 Nephi 17:45, Nephi says, “Ye are swift to do iniquity but slow to remember the Lord your God…he hath spoken unto you in a still small voice, but you were past feeling, that you could not feel his words, wherefore, he has spoken unto you like unto the voice of thunder, which did cause the earth to shake as if it were to divide asunder.”

When I was a little kid and I repeatedly disobeyed my parents, the time came when simply telling me, “No!” was no longer enough. It was time for a spanking. Or maybe I was sent to my room. Did this mean that they didn’t love me anymore? Of course not!

In fact, because they loved me, they went to greater extremes to show me that what I was doing was wrong. Maybe they were just trying to protect me from spoiling my dinner by eating too many sugary Scooby snacks. Nonetheless, they were trying to teach me an important lesson.

Now that I’m an adult, thankfully I’ve learned enough patience and self-control to resist the Scooby jar. Of course, I’m dealing with different struggles now, but I’ve put that one small temptation behind me and grown into a stronger, more mature adult.

What are you struggling with right now? What is it that you keep messing up over and over again? Do you believe that God can take that away from you? Do you believe that through prayer, fasting, anointing by the ministry, and reading His Word that any sin or temptation can be overcome in Christ?

Basically, we know that God loves us no matter what. No matter how many times we keep messing up the same thing, He will always forgive us. But God also wants us to get past our shortcomings and move on to bigger and better blessings. Praise and thank God that He gives us reminders to recognize when we start to slip and slide off the path!

So whether God is speaking to you in a still small voice or whether He’s using His voice of thunder, be quick to listen and eager for His forgiveness.