Which Came First, the Chicken or the Egg? 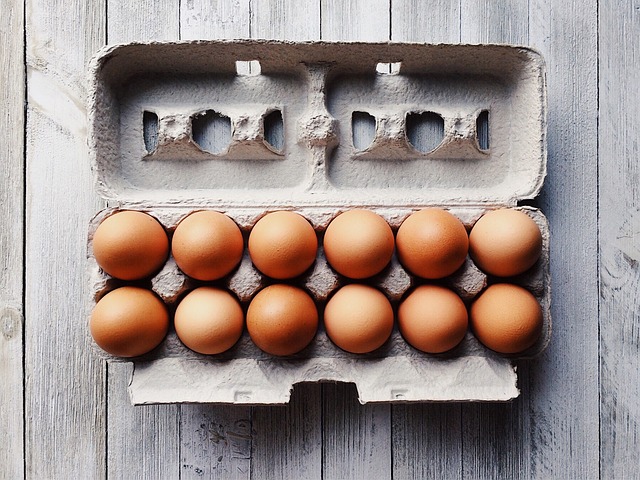 Which came first — the chicken or the egg? Since you need a chicken to make an egg and an egg to make a chicken, it’s a question that has historically been difficult to answer.

Actually, the answer is not that difficult — it just depends on your belief system.

So, the answer as to which came first is really not that difficult — it just depends on how much you believe in God.

You’re probably familiar with the saying that says “seeing is believing.”

You may have also heard of people turning this around and saying, “believing is seeing.”

So, which comes first — seeing or believing? Again, it depends on your belief system.

Most people would go with “seeing is believing,” having a hard time believing in something that they can’t see. However, if you have faith in God, then you understand that you have to be able to believe without seeing — faith is defined as “the evidence of things not seen” (Hebrews 11:1).

As servants of God, we may well be accustomed to believing in God without seeing Him, but wouldn’t it be nice to actually see Him in some way once in a while? Wouldn’t it bolster our faith to have some visual evidence of God?

Well, there is a way! Jesus gives us a formula for it in the sixth beatitude of the Sermon on the Mount:

“Blessed are the pure in heart: for they shall see God” (Matthew 5:8)

OK, so we need to be pure in heart to see God. What does that mean?

Well, in general, when something is pure it means that it is 100 percent of some substance and not mixed with other substances. For example, pure juice would be 100 percent juice, as opposed to a mixture of juice and water. Pure chocolate would mean no sugar has been added. A pure gold bar would have no other metals mixed in.

Clearly, when something is pure, it is the most valuable since you’re getting 100 percent of the substance you want with nothing else to detract from it.

So, what is the valuable substance that constitutes being pure in heart? It’s our belief in God.

OK, OK, we all believe in God. But how much do we believe? Can we really say it’s 100 percent, or is there some percentage of doubt mixed in? Perhaps a little bit of worldly wisdom or “common sense” thrown in?

Any of those other ingredients detract from the purity of our belief, making us something less than pure in heart.

How can we see God today? Even assuming you won’t be seeing any fingers touching stones to light them up, there are many ways to see God.

When you pray for God’s protection or intervention in any situation, you are showing belief in God. But, if you really believe that God is hearing your prayer, then you need to be looking for His response (whatever it may be). If you look for the Lord’s fingerprints in every aspect of your life, you will see God wherever you look.

As we begin a new year, let’s seek to increase our percentage of purity of heart.

We don’t have to assign it a number, but if we can reduce the doubt, fear, unbelief, and any other undesirable ingredients that detract from pure belief in God, then we will surely see more and more of God in our lives.

So, which comes first — seeing or believing? It’s not a chicken and egg thing. First you believe and then you see. Believing is seeing!