Where God Wants You to Be 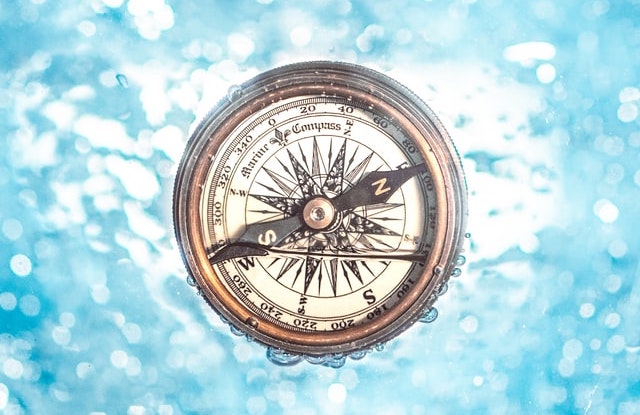 After the visit of the wise men, the Lord instructs Joseph to take his wife and the young child, Jesus, and relocate from Bethlehem to Egypt. Joseph follows this instruction and, as a result, the child’s life is spared because He is no longer in Bethlehem when King Herod sends men into the city to kill all of the children under 2 years of age.

Joseph, Mary, and Jesus remain in Egypt for some period of time. (Some believe they stayed until Jesus was 2 years old, although the scriptures don’t give an exact time.) The family waits for further direction from the Lord.

Finally, when King Herod dies, the Lord instructs Joseph to return to Israel with his family and to stay there while Jesus grows up. So, Jesus spends his childhood in the city of Nazareth, fulfilling a prophecy (by prophets unknown) that “He shall be called a Nazarene” (Matthew 2:23).

…when you’re where God wants you to be, it’s good to stay there.

The basic concept of being where God wants you to be applies to many aspects of our lives. We can apply it to the physical location where we live (as in the examples above). But it can also be applied to where we work, where we attend church, who we marry, or anything else in the “life status” category.

It’s good to be where God wants you to be in any life scenario. For several of them, such as church and marriage, it’s ideally not something you change once you’ve committed to it. So, it’s important to pray for God’s direction ahead of time to avoid being where He doesn’t want you to be and to have the strength to stay the course when you’re where He wants you to be.

Our natural work is something that should never come ahead of our spiritual pursuits, but it’s still something that’s an important part of our lives. After all, we do spend a lot of time doing it. Also, the money we earn plus the schedule we maintain have some effect on our availability for church activities. So, a job or career also falls into the category of seeking to be where God wants you to be (or not being where He doesn’t want you to be).

Very early in my own career, I was working at a company that was clearly not a good place for me to be. The people were difficult to work with, and I would come home feeling beaten down and kind of depressed. Yet, I hung on stubbornly, determined to make it work out. Finally, the department decided to downsize and let a few people go. I was called into my manager’s office and was told that my services would no longer be required.

After being informed that my job was terminated, I went back to my desk to pack my stuff. As soon as I sat down in my chair, my desk phone rang. It was a recruiter who said, “I’ve been trying to reach you since last week. I wanted to see if I could convince you to leave your job and come to work at Cigna Corporation.”

The recruiter obviously didn’t know that I was unemployed (for the past 10 minutes, at least). This was my immediate thought: Had the recruiter successfully reached me a week earlier, I would have said I wasn’t interested since I had no intention of leaving my job (as terrible as it was).

The timing was so incredibly perfect that it had to be orchestrated by God. I accepted that job and worked for Cigna for the remainder of my career. For me, it was a case of God saying, “No, I don’t want you here — I want you over there.”

Thirty years later, I was three years away from the date I had selected for retirement when I was told that my entire department was being eliminated and my job would be terminated in 90 days.

Although I wasn’t thrilled at the prospect of looking for a new job for my final three years of working, I told people at the time, “God must want me to be somewhere else right now. If He wanted me to stay here, He would make that happen somehow.”

About two months later, I received a phone call from another department at Cigna and was asked if I would be interested in staying with the company to join a project team for a new project that was just beginning. “It’s only a temporary project,” I was told. “It’s a three-year project.”

As we make important decisions that affect our lives, let’s try to let God place us where He wants us to be. If He wants to move you to a better place/position/status (or away from a bad one), go with it.

On the other hand, if you’re already where God wants you to be, don’t be looking to abandon that place. Rather, as the hymn says, “Brighten the corner where you are.”

Regardless of the circumstances, our lives are most blessed when we can say that for every aspect of our lives, we are exactly where God wants us to be.