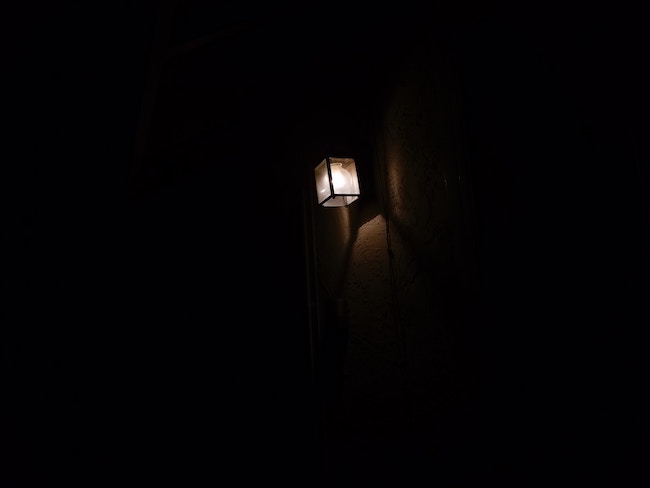 Today, we’re going to go over some steps you need to take in the event of a power failure in your home. What do you do when the lights go out?

Step 1: Determine whether there has been a power failure.

Look around you. What do you see? If nothing, then you can be reasonably certain there has been a power failure.

If you have candles or flashlights in your home, now is the time to use them. If you don’t have any of these — well, think about the parable of the five wise virgins and the five foolish virgins (Matthew 25) and decide which of those you’re identifying with right now.

Step 3: Find out how long the power will be out.

The electric company (or whoever provides your power) can usually give an estimate of how long it will be until the power is restored.

If you have a basement with a sump pump, your basement will soon be taking on water such as the disciples’ ship did in Mark 4. If you have Jesus sleeping down there, then no further action is required. If not, you may need to bail water.

Step 5: Wait for the lights to come back on.

Use the information obtained in Step 3 and hope (and pray) for something better.

In 3 Nephi 8, the Nephites experience a power failure of their own. Jesus Christ — the Light of the World — has been crucified in Jerusalem. There is a great destruction in the Nephite land and then total darkness. Using the five steps listed above for when the lights go out:

Step 1: (Darkness?) “And it came to pass that there was thick darkness upon all the face of the land, insomuch that the inhabitants thereof…could feel the vapor of darkness” (verse 20).

Step 2: (Alternative source of light) Unlike any power failure any of us have ever experienced, there was absolutely no source of light available to the Nephites, “neither candles, neither torches…neither fire, nor glimmer, neither the sun, nor the moon, nor the stars, for so great were the mists of darkness which were upon the face of the land” (verse 21-22).

Step 3: (How long?) The source of all power (God) had informed the Nephites some years ago, through His prophet Samuel the Lamanite, that there would be three days of darkness at the time of the crucifixion.

Step 4: (Collateral damage) The great destruction had killed many Nephites, so the survivors now consider their role in the tragedy, “saying, O that we had repented before this great and terrible day, and then would our brethren have been spared” (verse 24).

Step 5: (Wait) The next two chapters record what the people experience as they wait out the three days of darkness.

When the lights go out, we realize that we are not the ones in control. Most modern conveniences disappear the moment the lights go out. Even the rising of the sun is dependent upon our God. As servants of God, let’s always remember that He is in control of every aspect of our lives at all times. If He were to remove His light — as happened with the Nephites above — we would be left in a most miserable condition.

Speaking of power failures (and being miserable), my family had one here recently that was projected to last 48 hours. At the 29-hour mark, it was 11 p.m. and I found myself in my basement, bailing out the pit that the sump pump typically empties. Unfortunately, I was losing the battle; as quickly as I could fill a bucket with water from the pit, an equal amount of water flowed into the pit. Was I really going to have to bail water for the entire night?

As I realized how helpless I was at this moment, I looked to the Lord for His assistance. Immediately, I heard a whirring sound — the sump pump came to life and quickly sucked all of the water out of the pit, and all the lights came on throughout the house! Praise God!

This was a nice visual example of who provides the light in our lives and a reminder that when we acknowledge our helplessness before God, that’s often the time that we see answers to our prayers. And how much more helpless can we be than when the lights go out?