What Emojis Would Jesus Use? 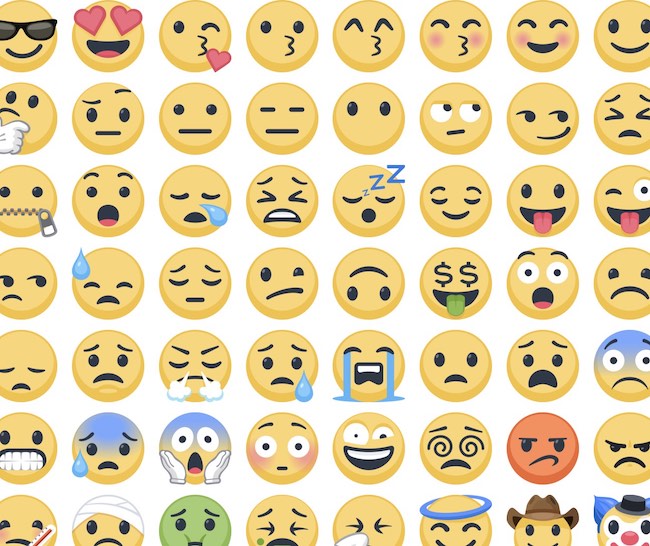 Think about how many times a day you may use an emoji as you virtually interact with others. My go-to emojis are smiley faces ????, hearts ????, thumbs up for OK ????, and praying hands for sending prayers ????.

Scriptures record numerous examples where Jesus felt many of the same emotions we do, yet He did not sin. This proves that it is expected to feel emotions. It is the response to emotions that is precarious.

Let’s look at some examples in the scripture where Jesus felt emotions while in the flesh. Can you imagine which emojis Jesus would use to express his emotions in the following examples?

In the scripture where Jesus came to Lazarus’s tomb, He asked where he was laid, and when He saw, Jesus wept. The Jews even commented how He loved Lazarus. Then, when He saw how distraught Mary and Martha were after their brother’s death, He groaned in the spirit. Groaned is a very descriptive word. It wasn’t a sigh, but a heartfelt pain within him to feel the sorrow around him, and his tears demonstrated how much He loved Lazarus. Does Jesus understand grief? ????

How about the time when Jesus overturned the tables in the temple? His anger was emoted when he saw moneychangers in the temple. It angered Him to see his house, a house of prayer, being used in this way. Does Jesus understand anger? ????

The woman with the issue of blood who made her way through the crowd just to touch the hem of Jesus’s garment depicts the level of compassion He shows toward her. He asks the same question twice: “Who touched me? Somebody hath touched me: for I perceive that virtue is gone out of me.” When she fell trembling before Him and was healed, I can just imagine His gentle voice comforting her and telling her that her faith has made her whole and to go in peace. Once again, does Jesus know and feel pain with compassion? ????

The example of the woman at the well always intrigues me. It makes me smile and gives me a glimpse of insight into Jesus’ clever way with words when He asked her to go and call her husband. When she answers and says that she has no husband, He says,”Thou hast well said I have no husband. For thou hast had five husbands; and he whom thou now hast is not thy husband; in that saidst thou truly.” Perhaps it’s a stretch categorizing humor and sarcasm as an emotion, but I think Jesus is very witty in this example, and I can just imagine what He would say to me or which emoji he would choose if I was blatantly hiding something. ????

These are just a few examples where Jesus feels and conveys the emotions we do. In many scriptural examples, his emotions model how it drew Him closer to His father. One, for instance, is when he knew His crucifixion was looming, and he asked His father to take the cup from Him.

Since Jesus felt many emotions, He looks down upon us with empathy and feels our pain. Knowing that we have a loving Saviour who experienced all our emotions and truly understands, affirms our feelings as humans, which is better than any emoji we could choose; something to ponder as we interact with each other today and press the ???? button.