What Do You Call Someone Who Trusts in the Lord? 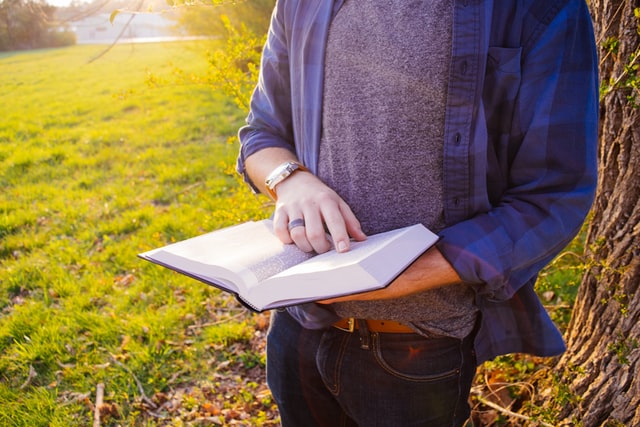 This particular pool has an interesting history. Over the years, there have been several occasions when an angel has appeared and gone in the pool — perhaps the angel dives into the pool since the water is said to be “troubled” when he goes in.

As soon as the water is troubled in this way, an unusual race begins. A bunch of people who are sick each try to be the first person in the pool after the angel. Whoever wins this race is rewarded by being miraculously healed of his affliction — whatever it is. Not surprisingly, lots of sick people typically hang out around this pool, hoping to be there when the angel appears and then take advantage of this unique opportunity to be healed. (See John 5:3-4.)

One man who has been unable to walk for 38 years is a regular attendee at the pool. Needless to say, he has never been able to be the first one in the pool after the angel. Jesus talks to this man and asks him if he would like to be healed of his condition. The man explains to Jesus, “I have no man, when the water is troubled, to put me into the pool: but while I am coming, another steppeth down before me” (John 5:7).

Jesus, of course, isn’t talking about getting the man into the pool to be healed. Instead, He just says to the man, “Rise, take up thy bed, and walk.’ And immediately the man was made whole, and took up his bed, and walked” (John 5:8-9).

This incident is a very clear indicator of the difference between trusting in man and trusting in the Lord. The man had pretty much given up hope of being healed because, as he stated, “I have no man…to put me into the pool.” Trusting in man was getting him nowhere. Putting himself in the hands of Jesus resulted in an immediate healing.

If any of us were to be asked today whether we choose to trust in man or to trust in the Lord for our own situations in life, of course we would say that we choose to trust in the Lord. However, when the choice presents itself to either follow conventional wisdom (do what most people would do) or actually put ourselves in the Lord’s hands (contrary to conventional wisdom), how do we really choose? It’s these choices that are the true measure of whether one is trusting in man or trusting in the Lord, so we should consider these choices carefully.

Why would someone who has given their life to the Lord not choose to fully trust in Him? Well, on the one hand, our human minds surely prefer to lock in on what we can see (such as the pool and the visible angel in the scripture above). On the other hand, it may come down to what we want to be called (or not called) by the people who know us.

If you’re an average person in the world, what do you call someone who lives by conventional worldly wisdom? The word “normal” comes to mind. On the other hand, what do you call a person who trusts in the Lord? How about crazy, silly, ridiculous, unrealistic, etc.? (Believe me, I’ve been called all of these and more.)

What do you suppose the people at the Pool of Bethesda called the man who was there day after day, unable to walk? Watching him struggle to try to get to the pool, they may have called him a loser. When they saw him talking to Jesus, perhaps they called him silly. What did they call him after Jesus spoke to him? Well, they didn’t call him anything — because he was walking away! He was on his way to enjoy what the Lord had blessed him with!

And there’s the reason why we shouldn’t let others discourage us from fully trusting in the Lord. By stepping out on faith, we will reap the blessings that God has in store for us. The alternative is to keep hanging out at the pool with the other sick people (the “normal” folks).

And what does the Lord call someone who fully trusts in Him? He calls them “My good and faithful servant.” And that’s the name by which we all want to be called!