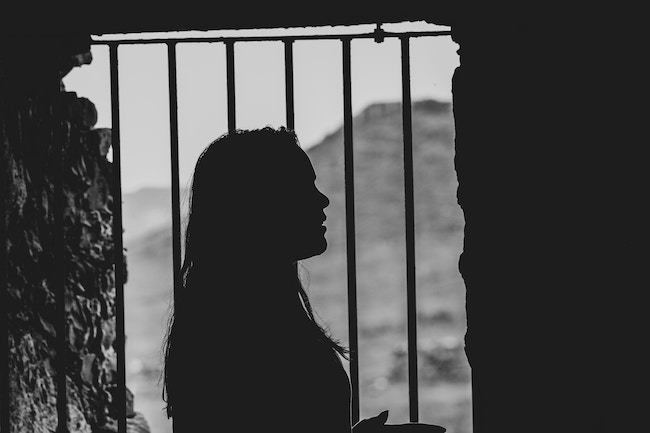 In Ether 10, the leadership of the Jaredite kingdom changes hands many times, sometimes peacefully and sometimes by force. Toward the end of the chapter, one of the kings is deposed and forced to live in captivity for the rest of his life. It doesn’t sound like he was actually living in a dungeon, though; most likely, he was under some type of stay-at-home order or some type of arrangement that limited what he could do or where he could go.

The same captivity for this family lasts for the next four generations. Finally, a man named Com decides he is done living in captivity, and he goes out and reclaims the kingdom, living out the remainder of his days as king of the land.

Many of us have experienced living in some type of captivity during our lifetime.

Most recently, we have all experienced the stay-at-home orders associated with the COVID-19 pandemic. What has kept people in captivity during this time? Some combination of being willing to follow the rules and guidelines issued by lawmakers and health experts, as well as some level of fear associated with the virus. As we see the rules and guidelines being relaxed somewhat, the only thing left that will keep us in captivity is fear. As followers of Christ, let’s allow our faith to overcome our fear. Let’s reclaim the kingdom — returning to church and whatever else the Lord has for us to do, trusting that He will be with us.

Perhaps, you’ve experienced being in captivity to your job. This type of captivity can cause us to give a lower priority to our service to God and to our family. What keeps us in that type of captivity? The money we’re making. In fact, there’s a term that describes a condition in which you literally can’t leave your job because you would be giving up too much financially — the term is “golden handcuffs,” illustrating that we are in fact in a form of captivity. Instead of continuing in this type of captivity, let’s reclaim the kingdom by giving a higher priority to our service to God and our family. As Jesus said:

And then there’s the type of captivity that we all experienced at one time. For each of us, there was a time when we were captive to sin. Various scripture passages describe this condition as being a servant of sin, in bondage, or even in chains. Why did we stay in captivity? Because we didn’t know (or refused to know) the Lord.

However, the day came (hopefully, for all of us) when we determined we were done living in captivity. We repented of our sins and were baptized and did “shake off the awful chains by which [we were] bound, which are the chains which bind the children of men, that they are carried away captive down to the eternal gulf of misery and woe” (2 Nephi 1:13). We knew the truth, and the truth made us free! We claimed our spot in the kingdom of God. Praise the Lord!

Now that we’ve broken free from the chains of captivity, let’s “stand fast therefore in the liberty wherewith Christ hath made us free, and be not entangled again with the yoke of bondage” (Galatians 5:1). In other words, let’s not do anything that puts us back in captivity again. We’re done living in captivity — it’s time to live in and for the kingdom of God.